Since my thread was locked in general discussion, here we go again...

Last night I went to my first tournament. While im a little salty about a few things, I mostly just want to learn. So, here are my questions:

1. If i win a match and the person who lost changes their character, am I allowed to change mine? Because the guy running it was my opponent and when he counter picked my character he went straight to stage selection. It being my first time, i didnt question it even though it was a terrible MU for me. That sent me to losers.

2. This question is more about characters and playstyles. I made it to losers semifinals which is where I ended up losing. I was on ike (my main) against. While i normally wouldnt mind that, i couldnt beat his playstyle. He would sit at the edge spamming projectiles until i was somewhat close. Then he would either shield and grab or spot dodge spam and grab. After doing a combo out of throw, he would just go back to the edge and continue with the shield/dodge grab.

While I dont like that playstyle, its perfectly valid and I'm not going to hate on him for doing it. That being said, idk how to beat that as Ike. His approach is too slow. So, how do i beat that playstyle as Ike? What should I be looking to do? What characters should I look at as secondaries to cover vs that playstyle?
D 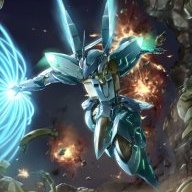 I hope you enjoyed your first tournament

To answer your first question I believe stage striking occurs before character counter picking though I may be mistaken, as for counter picking the winner of the previous match gets first pick meaning if they want to switch they have to do it first.

To answer your second question it seems you encountered zoning, it can seem insurmountable at first but there are indeed ways to defeat it, even as Ike. One tried and true method is "bulldogging", walking forward slowly and blocking any projectile that comes your way. You see when your opponent commits to projectile zoning from the corner they are giving up space, space that is now yours to control with more space you have more options and can leverage situations in your favor. You mentioned that when you reached a certain range they would just fish for grabs right? It's good that you picked up on that habit of theirs, now it's time to use that against them! There are several methods of doing that, some complicated, some simple, let's stick with simple for now. First make note of the range they tend to start looking for grab at, get to just outside of that range and jab. If they grab after you jab and whiff you can hold down the jab button and hit them, if they were at the edge you should have knocked them offstage and defeated their strategy for now. You'll have to mix this up of course to avoid becoming predictable. I hope I was able to be of help to you and I wish you good luck in your next tournament, hopefully your first tournament will be the first of many! 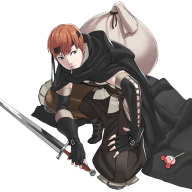 Well for the first one it goes winner bans a stage, then loser counterpicks. The winner then annouces if they are going to stay or switch their character and the loser can then say if they are staying or switching. So the loser does get a chance to counterpick character but you can do the same next game assuming you lose.

For the second question what character was he specifically? Against zoners you can powershield and approach slowly or jump over projectiles. In match ups like that always try and get the stock lead so they have to approach you. Most zoners struggle getting kills so try and build as much percent as you can and just play patiently.
L

I appreciate the replies guys. The person who was edge camping was a Lucas so getting inside range for grabs was super difficult. The projectile spam combined with the long grab range just made it difficult to approach.

Again, thanks for the input! Im trying to pick up fox to help with the more campy matchups on that Ike isnt too good at. That and im going through the recent video from izaw to get those movement options down better which might help.
You must log in or register to reply here.
Share:
Facebook Twitter Reddit WhatsApp Email Link
Top Bottom