I had every reason to be nervous for the Powerpuff girls reboot. The dexter's lab reboot was universally agreed upon as awful, and 2016 has been the year of disappointing reboots for me (Full house, My big fat Greek wedding). I'm glad to be proven wrong however. It maintains a lot of the zany spirit of the original show minus as much narration which I don't mind as much as I thought I would. The fact that they're living as millennials now also feels natural and not forced. Yes, they have smartphones now, but as superheroes who need to be on call all the time it makes sense, as much as a show about little girl superheroes does, ya know?

I do feel like I need to address the elephant in the room: the new voice actors. After Dexter from Dexter's Lab was basically destroyed with his voice actor changing (no hate on Candi Milo as a voice actress - it was a combination of trying too hard to be Christine Cavanaugh and some weak dialogue on the writers' part), I had my doubts about all three powerpuff girls being replaced.

At the end of the day, I still cannot say that it was the "right decision", but the voices work for me. Besides the fact that canon can technically explain it away (it seems they're not in kindergarten anymore), I've had one particular moment for each where it finally clicked in my head that these voices are actually good:

Blossom: the obsession with taking tests and always carrying pens in the meditation episode

Bubbles: going from super sweet with, "I'll be friends with a real life unicorn" to the dark side with "everyone will see how WRONG THEY WERE" in the unicorn episode

Buttercup: various lines of her fighting with blossom over the concert ticket in the monster island episode

Lastly if we want to get technical, Tara Strong was not the original voice of Bubbles. Kath Soucie did an amazing job as Bubbles in the pilot (the one where Fuzzy Lumpkins turns everything into meat) and each Bubbles brings their own strengths to the character.

So that's my two cents. Can't wait to see more classic villains reappear, and much better artistically than the "dance pantsed" special. What do you guys think?
Last edited: Apr 18, 2016 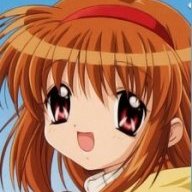 Eh, I don't care for the reboot personally. I wanted the original VAs back to at least restore some of the charm from the old series. 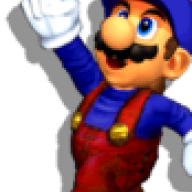 It's probably going to end up being sabotaged just like Teen Titans Go...i really miss the old cartoon network 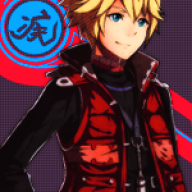 I'm gonna type very unorganized thoughts based on my feelings of the show. I'm doing my best to keep an open mind with it.

PPG 2016 is very hit-or-miss with every scene and episode I've watched so far. I enjoyed The Stayover/The Hangover parody episode but the splash screens got on my nerves since they were happening so much. A couple episodes feel like weaker repeats of the classic. Intro is beautifully animated and I wish that much motion was shown in the actual show.
I don't mind less action if it means we can focus on the girls' personalities and develop them more. The new flight trails are a nice addition, as well as the Green Lantern powers because they show how different yet similar the girls are.

I'm also very confused about the way the team is handling it. It's obvious the show is meant for the newer CN crowd, but at the same time it's a continuation of the original series, which gives this reboot a bit of an identity crisis...

For example (correct me if I'm wrong):
Of course children can watch the original series if they'd like, but what about the ones that haven't? Just about every Batman movie has to show the scene where Bruce's parents die, just in case someone forgot or didn't know.

Buttercup is my favorite girl and I think it's kind of weird that she's been getting a lot of screen time compared to the others (marketing? idk). She still comes off as the grumpy tomboy (aside from that boy band thing, but even girls like her can be into that. They've clearly grown up a bit). Her being rude to Ms. Keane to warrant "positive" laughter and attention from her classmates is understandable; she once threw glue at poor Elmer because she felt goaded by the other kids to fit in. She's very insecure on the inside since she didn't have much to distinguish her from the other girls (like unique powers), and I'd feel that way too if my sisters had names with meaning behind them and I was just given "Buttercup" because it fit the "B" theme. I wish they emphasized this trait of hers more.

Bubbles breaks her arm from a weak-looking hit, yet the Mayor comes out unscathed from being flung high-speed into a flat screen and having it fall on him? uhhh Bubbles has been through worse and came out just fine. The meme-ing is unsettling and cringey, but I can see Bubbles being into social media and internet culture. She probably sees it as a hip thing. I'm surprised she made a Mojo meme generator app on her own, but hey she's the Professor's daughter. It's understandable how they're downplaying Mojo Jojo because the girls have dealt with him so many times he's really not that big of a threat to them at this point imo. The no me gusta scene comes off as bad humor but I suppose you could see it as a cute nod to her being fluent in Spanish. She's also a wee bit more rebellious than before, and she reminds me just a bit of Saionji from Dangan Ronpa 2 (but not as much crazy-*****).

Blossom has more perfectionist quirks to her. She has some OCD-type tendencies (she remembers every single grocery list she's ever written...) which imo are identifiable, especially during this time where you must be the absolute best at everything to get anywhere in life. I wouldn't be surprised if they made an episode addressing media representation of how women "should" look and Blossom flying into a downwards self-conscious spiral to keep up her "perfect" exterior because she doesn't have that idealized Ms. Bellum body.

New voices don't bother me as much as they do others, but they don't feel distinct enough. If I closed my eyes I wouldn't be able to tell Blossom and Bubbles apart. I don't blame the voice actors for this, maybe they need more time to really develop their characters and/or the voice directing might be mediocre at times.

Animation errors I do excuse now and then, but a lot of truly inexcusable ones do occur and it makes you wonder if people are actually quality checking these before airing them. Sometimes the fight scenes are animated way too slow and it softens the blow of the high-speed butt-kicking I remember. Then again, in this day and age we have to sacrifice heart for keeping PC and safe so we don't offend the millions of over-sensitive people out there.

What bugs me is the background characters since they just don't fit in right. Maybe they're trying to keep the style consistent or whatever, but characters created in the 90s don't mesh well with this modern CN artstyle. It emphasizes how unnatural the girls are since they're basically homunculi mutants, I guess.

Conclusion: I'm still very unsure about it but I'll keep watching because it's the Powerpuff Girls.
Last edited: May 5, 2016 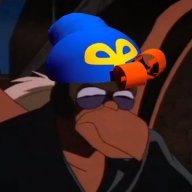