Pokémon Sword and Shield: The Crown Tundra Has Been Released 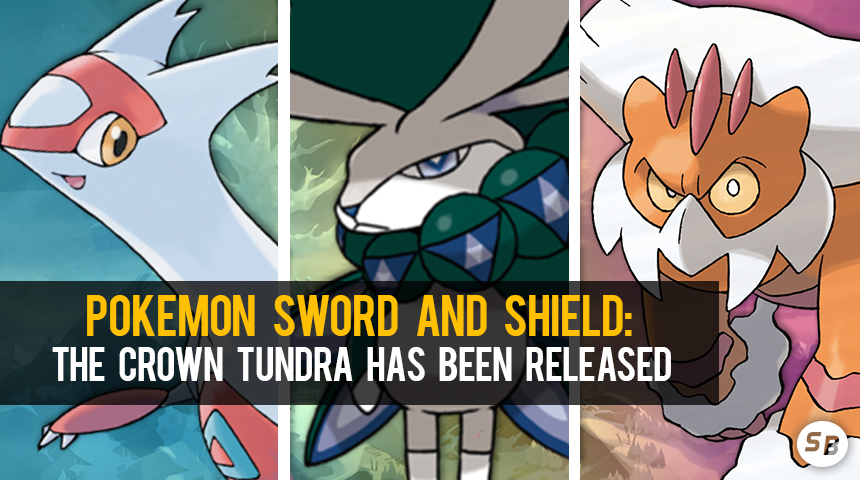 The second Pokémon Sword and Shield DLC, The Crown Tundra is out now!

The DLC shares its name with the new snowy area it unlocks. This Crown Tundra is home to a new gameplay element called Dynamax Adventures. These Dynamax Adventures are cooperative gauntlets where you’re assigned random Pokémon and must win Max Raid Battles to reach a boss. What’s really exciting though are those bosses. You can find every Legendary Pokémon (not to be confused with Mythical Pokémon) from before Sword and Shield as a boss. And yes, you do get to capture them!

The entire gen 8 OU meta is going to be absolute chaos for the next several days.
As it always is.
Gotta love how Game Freak claimed this game removed Pokemon for game balance yet kept stuff like Clefable in the base game, introduced Galarian Darmanitan and then goes ahead and adds back things like Landorus and Heatran anyway behind a paywall.

This game is a joke.

Sure am happy a ton of my favorite Pokemon like Smoochum and Bagon will be available in this update and I sure am happy there are plenty of suckers willing to buy these low effort and overpriced updates and trade to me or host Raids so I don't have to waste a single cent on this nonsense.
Last edited: Oct 23, 2020

DrCoeloCephalo said:
then goes ahead and adds back things like Landorus and Heatran anyway behind a paywall.
Click to expand...

I ain't payin' squat for a lousy transfer service that was previously cheaper and previously free either. Monster transfer is a scam. I already mentioned trading.
You must log in or register to reply here.
Share:
Facebook Twitter Reddit WhatsApp Email Link
Top Bottom