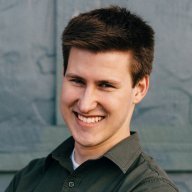 I know troubleshooting custom builds is annoying as crap, but hopefully this one will be manageable because it's somewhat repeatable.

What hasn't changed from PM 3.6: I didn't change any PSAs or movesets. When freezing occurs, there are no custom costumes being used, however each character does have at least 1 alt costume I added (not used in freezing match though).

Custom content involved: I have a custom sound pack for Wario, that's it. Everything else in the match was Vanilla PM.

Test 2: I then repeated this using normal Wario instead of Wario Man. It still froze eventually (eventually = after about 10-15 minutes or so of leaving the match going).

Test 3: To test it again, I used the same combo of characters on Final Destination. It still froze after some time.

Test 4: I even tried Mario instead of Wario, and it also froze eventually (so I guess it's NOT Wario?).

So I'm thinking one of the other characters is causing the game to freeze. I'm currently going to Final Destination with 4 Vanilla PM Yoshi's to see if I can replicate the freezing that way.

Edit: Maybe one more thing I should mention, the build is about 1.7 GB, 700 MBs of it is music files. Not sure if that's important info or not.

Update: Held the 4 Yoshi's for about 30 minutes, never froze. Trying different characters (Jigglypuff instead of Kirby and still on Halberd) and removed Wario's custom sound effects.

Update 2: So I'm thinking it has to do with Kirby now. The Puff match has never frozen (been going for almost an hour now). I also have a setup where it's Wario, Kirby, Marth and ICs (still on Halberd), but I'm having Kirby being controlled by a human player (aka Kirby's just sitting around getting killed not performing any moves).