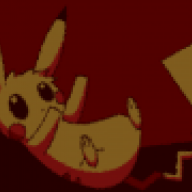 Hello all, Volt Storm from Japan here with some info on Smash 4's Uncustomized Pikachu.

Smash 4 "seems" (notice the quotations) to have almost eliminated Pikachu's Brawl tech, QAC. After you use qa onto the stage, hitting the ground, you end up completely stopped and then back into idle. However, after testing it, the qac seems to work on slanted platforms and stages, off ledges of stages and floating platform tips. All of the tech from brawl works, but only in those situations or places. Much like Brawl, right out of QA, you can immediately jump or aerial attack, much like in Brawl, and much like Brawl, it uses up your double jump. Flat stages cancel out the QAC, putting you, as I wrote earlier, into a stopped animation to idle. The best stages to test for this are Yoshi's Island and Brinstar.

Also, another tips, QA can actually kill. QA makes opponents fly up a bit, putting them in hitlag. When your opponent is in the upper regions of the stage and has high percent, above 150, QA to them and it can potentially kill. I accidently did these earlier and found this out. On another note, when your opponent(s) are at high percent, when hit by QA, it causes them to have a lot of hitlag. This allows you to hit them, as they exit the hitlag animation. So you can aerial or even thunder them however you like.

Hopefully, when the game releases in America, you guys have something to look forward to. 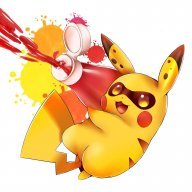 Sooo i've got the demo for the US version and i've been abusing pikachu like no other, lol. But yeah, i've been trying to QAC but there's such little lag that if you time it right you're pretty close to doing it. When I QA into the ground I can't go immediately out of it like I did in brawl, but you can pop out another one extremely quickly afterwards so it's not very noticable. 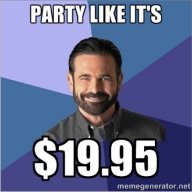 The "slanted" condition seems to line up with the original QAC video from the E3 build, where the match took place on Pilot Wings. But I think there was one instance where QAC worked when the stage was level, so who knows...

But the stop to idle raises a different issue. If QAing into the ground only forces an idle animation, then wouldn't you be able to just jump/dash/shield/whatever? How much endlag is there? QAC may not even be necessary if the endlag is low enough.

Also, another means of testing, but what happens when you QA into a floating platform, like those on Battlefield? If some for of QAC is still there, we should be able to immediately drop through.

Choice Scarf
Yes, that's right. The final product has the QAC not working on flat areas. However, on "slanted" or ledged areas of stages, one can do QAC. Doing it on a slanted area goes into QA -> fall animation, instead of QA -> stop -> idle animation.

The transition between QA hitting flat level -> stop -> idle is about long, feeling like a second for the entire thing. You're forced to go through that set of animations before you can do anything else.

QAC on fallthroughs do not work. Since it is flat, the game doesn't allow a passthrough for it. I tested this on Battlefield to make sure. However, QAing towards the ledges of platforms will allow QAC off the platform.