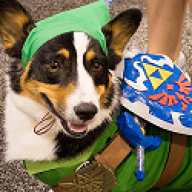 Just because your off-stage does not mean you're disadvantaged. Turn it into a profitable interaction!

Our gut instinct, seeing the opponent leap from their respective perch with intent to kill, is to slap that airdodge and hope it's well-timed, otherwise expect a swift retribution. It's a habit bred out of our newcomer tendencies, and efforts of self-preservation, but I implore you to see the situation in a new light. I detail this thought process not because it's revolutionary, but because it's under-used.

Human reaction time is widely accepted as being .25 seconds (or 15 "frames", in this medium), so we can only expect so much in being able to time our airdoge successfully. It's a gamble most every time, being that very few moves in Smash 4 have 15 or more frames of startup. There's something you can much more reliably react to; the opponent's movement.

*Fair and side-special attacks specifically because they do not alter the air movement of your character, assuming you DI towards the stage in a recovery scenario.

In this instance, you as the defending party are at a massive advantage. Your opponent is acting upon nothing but the assumption that you will recover to the stage as safely as possible. You, however, are reacting to their intent to gimp you. All you have to do then to (theoretically) win this exchange is input an attack. This may accomplish many desirable things;

The attack hits the opponent.

1. You have either knocked them well above center-stage, or (character dependent) may have connected a spike-box. (Donkey Kong, Mario, Cloud, Yoshi, Doc)
2. You have made your recovery completely uncontested, removing the risk factor, and giving the opponent percent.
3. (If you were able to recover on-stage, or the knockback of fair is great enough--) You may have completely reset neutral, even after the frames of your recovery and ledge get-up purely from the space created.

The attack misses the opponent.

-- but of course, the tactic is inherently risky, and there are character which obviously benefit more from this than others. Low-knockback fairs, and short-range fairs in particular. Additionally, this scenario assumes you are recovering facing the stage, but it can be applied in-large to bair attacks as well, to a lesser extent. It goes without saying, that over-reliance on any one tactic becomes predictable and punishable, as with any strategy in Smash. I observe this is best used in moments where it is least expected, after previously failed recovery attempts, or in high % situations.

This mix-up works exceedingly well with those previously mentioned characters, possessing spike-box fair attacks. For me, it has been so reliable that I have forced myself to write about it-- and here we have the tribute. 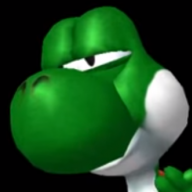 Location
Somewhere on planet Tellus, where? You tell us...

I usually bait out my opponent to run off and gimp me, however i pull back and FAir (in case they whould follow me) until they are forced to recover themselves. I do save my second jump to reverse to momentum and get back safely. It's all thanks to the floatiness and great recovery of Bowser that I can do it without risking much.
You must log in or register to reply here.
Share: Facebook Twitter Reddit WhatsApp Email Link
Top Bottom