If you want me to add another side tourney let me know and bring a setup!

So for a while now the Tally scene has been dying... I started a project in the beginning of the fall to give the community some life! So now that I have new ppl in the scene I will do my best to host events in the MOST CENTRAL location 4 the ATL SOUTH!!! This is AFTER APEX so MK WILL B BANNED!!!

Changes to this ruleset can be made at any time and without warning, for which we will update the version based on the significance of the change. The Ruleset Committee will pay close attention to tournament trends, and if a persistent problem presents itself, the Ruleset Committee will address the issue and adapt the ruleset as necessary. If you are interested in being admitted to the URC, send your tournament resume to AlphaZealot (or any Unity Ruleset Member) - you must however, have run 1 tournament with the Unity Ruleset in order to be eligible for admission.

If you wish to run a slightly modified version of the Unity Ruleset at your event for the purposes of testing while keeping all benefits of using the Unity Ruleset - you may now take advantage of the Experimental Ruleset System! You can find full details of this system in this thread here, at this post.

In the event of running a Meta Knight Legal event, the following must be used:

Resolving Pool Ties
In the event two or more players are tied at the conclusion of a round of pools at a Unity Ruleset tournament, the following process will be done:

Players will be compared with each other on various criteria in this ordered precedence:

If players are still tied on a step, you move down to the next one. For instance, if Player A and B both go 3-2 in sets in a round of pools, you will then proceed to the Head to Head step (who won the set between those players). Whoever won vs the other will proceed at the top of the tie.

If the tie breaker reaches all the way to the One Game Rematch step, this game will play out similar to the first game of any set (though doing best of one), where users will stage strike for the stage, and may double blind characters.

If at any point a tie of three or more players is partially resolved, still leaving two or more players tied, the tie between the remaining players will be decided by starting the tie breaker process over for them. For instance, if in a three way tie in the Wins step, one player has six wins while the others have 5, the player with 6 wins will be the top of the 3. The remaining two players will start back at Sets Wins to determine who is higher between the two instead of proceeding onto the Losses step right away.

•These rules are subject to change leading up to the event date. The Tournament Organizer reserves the right to remove you from the venue at his discretion for any reason.

•The Tournament Organizer and his assistents, and any persons helping run the event may not be held liable for any lost, stolen, or damaged goods during this event. Nor will the Tournament Organizer, the venue, its owners, affiliates, employees, members, sponsors, or volunteers be held liable or responsible for any injury or harm that may befall a person during the course of this event. By entering the venue during the posted date you are displaying your agreement with this policy.

Users can discuss this ruleset in the thread provided here: http://www.smashboards.com/showthread.php?t=301033


The Unity Ruleset Infraction System can be found here.

A list of all members of the Unity Ruleset Committee can be found here.

Well if Jville, Pcola & Gville all make this... THIS will be SICK!!! 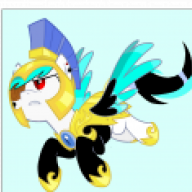 B_AWAL said:
Well if Jville, Pcola & Gville all make this... THIS will be SICK!!!
Click to expand...

Ryo says Gville is down
Saint kai & Pcola are on standby
Panama is still a maybe depending on Nasty... Wat... Green mario will be here winning Melee... So its official! THere will be melee!!!
Jville is IN!!!

This is nothing but WIN!!!
T

Yeah, this is a no since I'm taking the following weekend off for Orlando. ):

Edit: But contact Kewkky, see if he wants to go. :D

hey AWAL, I was wondering if I should bring my wii because I have Brawl+ 7.0 and/or Project:M Demo(I'm sure you know that only one can be on one SD card) I'm contemplating because I don't know if anyone else will be bringing either one or both of them.

I probably could have Daisy car pool. I'm going to bring Brawl+ since we're going to have Melee anyway 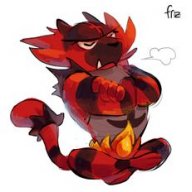 Gainesville confirmed.
Ryo, True Blue, Myself, and Goofball.
Maybe one other. 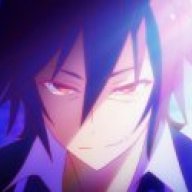 So the ride is filled up apparently from gville to tally 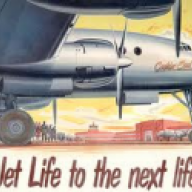 Yeah wont make it to this.Sorry!

Tally must practice we bad :-)

Tally must practice we bad :-)

you must have forgot that i play Falco to -.- and Wolf on top of that
snake yes it was good
the sonic is ok but has a lot to go to be at true blues level

arcticfox15 said:
you must have forgot that i play Falco to -.- and Wolf on top of that
snake yes it was good
the sonic is ok but has a lot to go to be at true blues level
Click to expand...

Lol I aint see the matches where you had those characters :-/