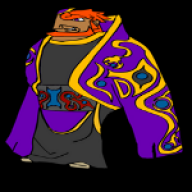 I'm trying to think of every option Ganon has from ledge because there are just so freakin many, and decided that I would make a video that showcases all of his options. The issue? THERE ARE SO FRICKIN' MANY. So I probably missed some. Below is a list that I've compiled so far, and I'd lvoe it if you guys could throw out anything that I've missed...

I realize that not all of these are optimal, but i'm just trying to show all of the choices that he has. I'm super open to discussion on what options are good in what situations, along with people showing videos of matches where it holds up.

I think this is the most important cuz it gives ganon invincibility which we have to abuse, and gives time to think of which of these options are the best in the moment.​
----------

No Impact Land (NIL) - [Technically anything you can do from standing, but these are common options I see]

Ledge Dash (Let go of ledge, jump, waveland into stage) - [same as above]

Reverse Ledge Dash (same execution as above, but waveland off stage)

Uair
bair
​
[Getting back on again]

Edge Tech (because why not throw it in here)

Saving this for match applications 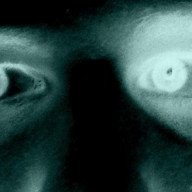 Here are a few options you're overlooking:

NIL dsmash can be good because if you hit the first hitbox of dsmash, it will send them offstage behind you.
NIL usmash can be used to cover some high recoveries. Plus it's just a massive hitbox that Falcons often run into when they spam nair
NIL up-b is a thing I've thought about. I don't think it's the best of options because of how punishable it is. But it's an option you should think about.
NIL dtilt also works.
NIL run off drift back can also be used for fair and dair. bair is the obvious one, but fair and dair can work if your opponent ****s up and they punish harder. You could actually go for shield poke dair if you know how to do it if they are playing in their shield next to the ledge.

Ledge dash can also be used into a buffer roll to get center stage super quick.
You can also get some grabs from ledge dash if they are shielding or just not expecting you to move that quick.
And ledgedash can be used for dtilt.

For RLD, you can also jump over them with it and bair/uair/dair. But yeah, usually you're doing fair from it when you're trying to get back.
You're also forgetting about the pseudoturtle, where you RLD double jump and then waveland off the bottom platform.
RLD for edgeguarding...you have a few more options than just bair and uair offstage. You can RLD and double jump and then land with a uair/bair/dair (or even fair sometimes). You can RLD offstage into dair.

Ledgehop aerials...can you actually nair back on stage? I've never really thought about that. I think uair from the ledge is really good because it is invincible and also covers the ledge. You can also kill people at high percentages with it if they land on stage right next to you.
Ledgehop fair is also a thing, but you cannot land on the stage with it. The fair will hit right next to the ledge, but you will be forced to recover. So unless it's guaranteed, don't do it. But don't forget, it's an option. It's like a ledgehop knee where you're forced to recover after.

Is this possible? I feel like someone has told me it is before, but I just don't believe it. I've tried out so many different things to try and make this work.

I also believe the startups of down-b and side-b are invincible. So you're at least going to get a hitbox out if you time them correctly.

And is FP ledgedash jab really invincible the entire time? How do you possibly ledgedash fast enough to get out a jab before invincibility runs out?

X WaNtEd X said:
Is this possible? I feel like someone has told me it is before, but I just don't believe it. I've tried out so many different things to try and make this work.
Click to expand...

Yeah, tipman and I both have it down pretty well. Very underused. It has to be FP but it gets easy after a while. Try using away to drop from ledge, and roll to up and hit c-up also. Easiest way to be FP.

As soon as the RLD is completed and you your waveland ends, before you fall and grab ledge, dj bair or uair instead, then fall and grab ledge when done (drift out, hit them, drift back to ledge). It's like a ledgehop bair but more range and you can regrab ledge (and you don't have to do a FP uair either).


X WaNtEd X said:
I also believe the startups of down-b and side-b are invincible. So you're at least going to get a hitbox out if you time them correctly.

And is FP ledgedash jab really invincible the entire time? How do you possibly ledgedash fast enough to get out a jab before invincibility runs out?
Click to expand... 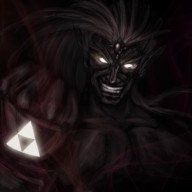 Does anybody know, roughly how many frames you are invincible grabbing the ledge to no impact land, if frame perfect?

Sebovich said:
Does anybody know, roughly how many frames you are invincible grabbing the ledge to no impact land, if frame perfect?
Click to expand...

Thanks, I'm gonna do some research into this!
T

Holy ****. That explains why inv ledgedash jab works. How about without NIL? 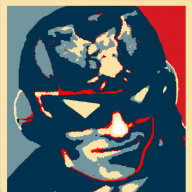 Getting a little away from the topic but platform shenanigans (especially on yoshi's) are also an option.
-RLD to DJ platform waveland to center stage
-RLD to DJ waveland back to regrab ledge
(also any sort of dropzone areal from here)
-RLD to DJ to WL off platform back to DJ stomp through platform (edge canceled or not)

-LD to fullhop waveland back to ledge


Also, one of my favorite options is invincible ledgedash --> turn around ftilt. Really good crossup that works once or twice a set against people who don't give you respect on the ledge

Damn! Mastering that would do wonders for Ganon! 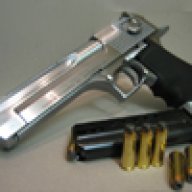 one i like to do that i dibt see here is ledge dash, dash past them to pivot jab. oh and ledge run offs to plat dashes and ledge hop uair to ledge regrab
Last edited: Sep 1, 2015

LOL that's because you're the best in the world at dash pivot jabs.

Spidersense is doing em too! Ace you wanna smash on monday?

PaperstSoapCo said:
Spidersense is doing em too! Ace you wanna smash on monday?
Click to expand...

Yeah jason's an easy 2nd lol. Yeah I'm down. Text or hit me up in here.

Ayy sorry I'm slacking gboards, I'm gonna try and compile all of this information back into the original post. I'm having a hard time imagining some of these though, if you guys have sets/vods of them or have a capture card and willing to demonstrate them? Having visual resources for our dark lord scrubs could do wonders.

If someone could get a setup with controller inputs shown too (i think 20xx te has this?) that would be ideal.
O

I've had a lot of success with NIL then dash attack, it's trajectory basically reverse the situation.

Wow can't believe I haven't thought of that before. I'll have to add in it whenever I actually get to doing this. Got finals comig up but for sure within a month
You must log in or register to reply here.
Share:
Facebook Twitter Reddit WhatsApp Email Link
Top Bottom