Oops! We ran into some problems. Please enter a valid title. 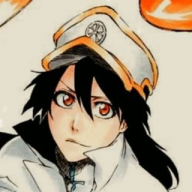 Were you expelled? And why was the interview allowed without your parents present? I agree "the system" sucks but it seems your exact situation was worse than normal.

Good read. Poor decision theater is all the rage these days. The working generation from 18 to 30 is basically screwed. Their work ethic is cookie cutter and demonstrably based on some false notion that wealth is owed to them by virtue of being simply alive. No actual work is required. Where I live (South Mississippi) unless you're willing to sweat for a living you really are stuck either working retail or dealing drugs. The younger generation tend to float from one education to another amassing "skills" costing them thousands in loans and yet not leading to a true career. It's alarming to see so many kids expect so much for so little.

Maybe Bernie Sanders will get elected and he'll have his 1.6 trillion deal signed into law forgiving all student loan debts. Cause you're right. College is a scam and we can't even by a house right now not because we can't afford the house note but because to be approved for the mortgage our debt to income ratio has to be below a certain threshold and my wife's student loans which are in deferment (meaning she's not obligated to pay on them at this time) are STILL factored in and some ungodly rate pushing our personal debt limit way past the required number.

Nice post. I think that, unfortunately, the kind of thing you experienced is not uncommon.
I have experienced a bad run-in with the police before too. When I was a young teen, I was having a bad day and of course, wrote dramatically about it online with nihilist talking points a la "Life is meaningless, I hate living it." etc. Apparently my friend called the police with a concern that I was going to commit suicide. I of course didn't know this, so was very surprised when I heard the police knock on my door while I was drawing some random pokemon doodles to calm down. I don't recall the specific interaction, but it was something along the lines of "Are you [my name]?" and me responding "yes." They then asked me "Are you having a bad day?" and I said "Yes." They asked me to go along with them outside and, I kid you not, handcuffed me and forced me into the police car telling me they were going to help me. I insisted I didn't need any help, but they did not listen. I tried asking them why they were taking me and they said that they were told I had posted about suicide online. I said I didn't, and I had actually deleted that post prior to them arriving, thinking how melodramatic I was being. They took me anyways.
It was humiliating. I was handcuffed in the back of a police car and they took me to a hospital, leading me to the very back of it in front of all the others in the hospital watching as if it was some spectacle. They didn't talk except to give orders. Then, they admitted me in with a bunch of other teens my age who all looked pained and/or annoyed to be there.
The following was basically three days of condescension and people not listening to what I had to say. I really felt like a prisoner there. I recall having lost 7 pounds when I got home because the food was so disgusting and they only had tiny meals in the first place, and I felt like I was wasting away (it was probably water weight mostly, but still). Yet the whole time everyone I encountered there told me "we're doing this to help you."

Anyways, maybe that was a bit tangential, but my point was that the police didn't fact-check the situation, didn't listen to me, and basically forced me to obey their orders without knowing the full picture. It was quite the disillusionment because I remember the police officers coming to my Kindergarten classroom and explaining how they were there to help and to only catch the "bad guys." And yet there they were, falsely taking me away to a practical prison cell.

Is it pride? Is it the power imbalance? Is it the culture the police have developed? Is it the terrible overcrowded prisons we have? Is it the incentives to arrest people via quotas? Is it lack of compassion due to years on the job? What is it?

Whatever it is, there is certainly a problem with police abusing their power as we see day after day new stories of all kinds of people being wrongly beaten, taken in, blamed, intimidated, you name it... How can we prevent these things from happening? How can we make them more accountable?