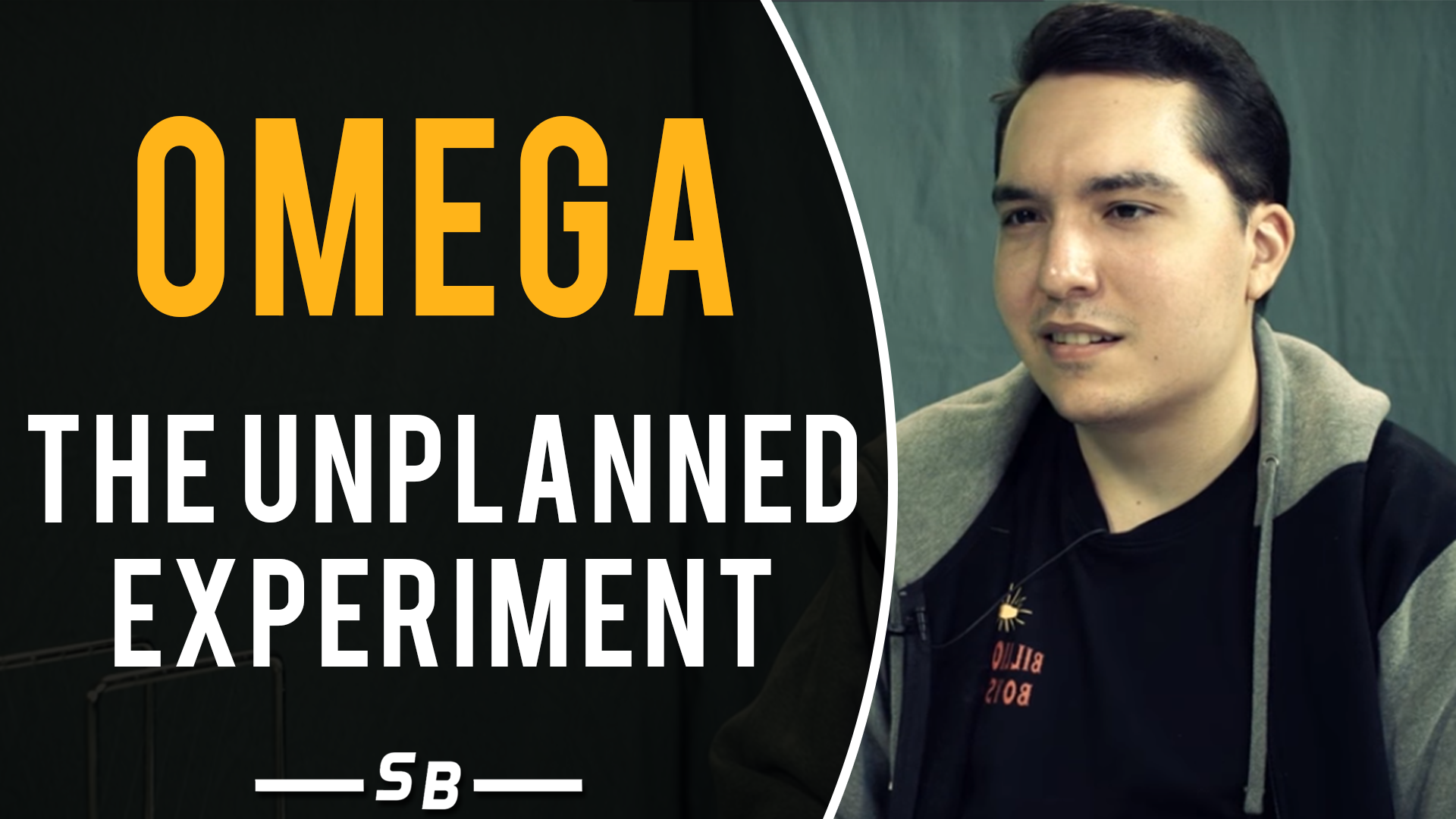 The Melee community has been in a tizzy for the past few weeks. Aziz “Hax” Al-Yami introduced the Gamecube Controller Project into the wild. The project was meant to fix issues with Gamecube Controllers, through the use of an Arduino add-on. It became a controversial topic within the community, as the potential for cheating though unauthorized mods became a focal point. Then, after taking in an extenive amount of feedback, Hax relesed an update to his solution. He moved the code used for the mod into a Gamecube memory card. This update was meant to give more control to Tournament Organizers, by giving them a single point where they could distribute from.


Over the weekend of June 24th, 2017, Aon Gaming hosted a tournament on Long Island, NY called Omega. It was a fairly successful regional, and managed to pull known players from Tri-State. They were also one of the first tournaments to deal with the memory card mod in the wild. This introduced some interesting challenges for the crew, headed by Michael “Face” LaBombard.


The team did not have any specific plan for the mod going in. The mod was used during friendlies on some setups, by the choice of those who played on them. There were even tournament setups, though few, that had the mod turned on, usually by the agreement of the players before the set.


The most infamous example of the mod being used was when the stream setup had the mod running during doubles. When Top 6 began, the four players on stream asked to turn the mod on. The TOs agreed, and planned to turn it off after the set. However, when they approached the setup to turn it off, they were asked bythe remaining doubles players to keep it on. With those requests, they agreed to let the mod be used for the remainder of doubles. Whether this made an impact on the outcome is up to debate. The TOs then made sure to convert the setup to vanilla Melee before singles to keep consistency with the previous day.


The most interesting aspect of this event was player and viewer reaction. Nobody came forth with complaints about the mod being used, and there were requests from some players to make the mod the tournament standard. Meanwhile, viewers of the stream tended to react positively, either with jokes or praise. Whether this is indicative of the community as a whole is up for debate.


When asked, Face was clear to say that he is more against the mod than for it. He believes that it is another unnecessary barrier for newer players to acquire and practice with the mod, as well as brings focus away from good play and more to tiny hardware details. He also believes that it opens the community to more modding demands, where players could demand for a “hyper-perfect” version of Melee. He acknowledges that this could lead to more consistency in such a demanding game, but he thinks the payoff is less than the potential cost of future modding.


Yet, as a TO, Face acknowledges that part of what he does is help facilitate what players demand. Thus, why he allowed the use of the mod when players agreed on it, and why he let it be used for the remainder of doubles. If players wish to use the mod for a tournament set, then he will allow it. Yet, he has also stressed that this will be overturned if any of the big tournaments makes a judgement call on the mod. The next major that could make a splash in that regard is likely GOML in Canada. Whatever decision they make, and the outcome of that decision, will likely influence the decisions of local TOs for a time.


The quick spread and use of the mod also brought up a point of concern for Face. There was no system in place to verify the legitimacy of the changes being made to the game. Had any of the mods had changes to the core mechanics of the game, it would not have been caught until it was too late. The possibility to buff or nerf characters existed with no way to mitigate how it would have affected the outcome of the tournament. As it stands, Face does not believe that anybody went as far as to change the fundamental structure of Melee. Yet, the tournament opened his eyes to the possibility, and he will be brainstorming methods to ensure a player doesn’t do something like expand the hitbox of Jigglypuff’s rest.

The biggest takeaway from Omega is the interesting position that it has placed TOs in. The mod was certainly popular among the players, and had no real contention from the competitors. Yet, it added a new point of management that TOs needed to look out for. Omega was able to go with the flow, and managed to find a balance. Yet, the possibility of misuse, and the somewhat anarchist approach from players, did raise some points that TOs will need to digest for future tournaments.

For being the unplanned experimental tournament of the Hax memory card mod, Omega could be an example for other tournaments to adapt from. Lessons have been learned, and TOs got a chance to see the possible outcomes of the mod being in the wild. Those who run majors ought to look to Omega as an example of the benefits and pitfalls that can occur, and just how they ought to adapt to the change that Hax has brought about to Melee.

Edited 28/06/2017 20:24 EDT
I had learned that some TOs had approved of the mod being used for doubles. This egregious mistake has been changed.
A paragraph has also been added to help explain how the piece was meant to show the affects of the mod on a TO's job, rather than an endorsement or condemnation of the mod. Sorry for any confusion if this piece seemed to be giving an opinion on the legality of the Hax mod.
Last edited: Jun 28, 2017

A R D U I N O S
This is actually really scary. The fact that the mod got turned on in the middle of bracket without the TOs knowing sets a dangerous precedent. Even gentlemaning to the mod seems a little... weird to me. Seems like every tournament setup should be either modded or vanilla, not half and half. I mean, I also think every setup should be 1.00 or 1.02, not half and half. But the fact that nobody knows who turned on the mod shows just how easy it would be to gentleman to the mod, only to have a slightly different mod that buffs characters imperceptibly. Why does this sound familiar?
Honestly, this makes me wanna try out Melee again, but it makes me more wanna try the vanilla version.
https://www.facebook.com/groups/224824577625283/permalink/1359399427501120/

Here's a discussion from actual Long Islanders who were at the tournament about what we think about the "incident" and this article. The tl;dr is that things aren't exactly the way this article portrays them, and some details about the mod being uploaded were reported on wrong.
Also, real talk: @the author, who is your source? I'm hearing so many differing opinions from the people that were actually there that I'm curious who was telling you this side.

DrLobster said:
Also, real talk: @the author, who is your source? I'm hearing so many differing opinions from the people that were actually there that I'm curious who was telling you this side.
Click to expand...

Ozurip said:
This is actually really scary. The fact that the mod got turned on in the middle of bracket without the TOs knowing sets a dangerous precedent. Even gentlemaning to the mod seems a little... weird to me. Seems like every tournament setup should be either modded or vanilla, not half and half. I mean, I also think every setup should be 1.00 or 1.02, not half and half. But the fact that nobody knows who turned on the mod shows just how easy it would be to gentleman to the mod, only to have a slightly different mod that buffs characters imperceptibly. Why does this sound familiar?
Click to expand...

We knew that Hax did it. It's even in the VODs (I think) What confuses me more, is that the players went to Subtle to make the ruling on this rather than Face. Face was not aware for some of the Doubles Bracket, and Subtle was commentating at the time, which players came in and asked if it was OK. I personally think that was exclusively Face's decision to make, but there does seem to be some missing info in this article.

Just figured I'd help inform people
Hax$ pisses me off,