Official URC Poll: Should Meta Knight Be Banned In The Unity Ruleset? 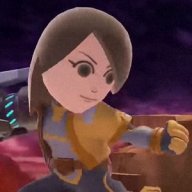 This is a poll being hosted by the BBR-RC for the general public asking: Should Meta Knight Be Banned In The Unity Ruleset?

The outcome of this poll is not the final answer of what will happen.

We are conducting this poll to see the general public's current stance on the topic. We will use the information gathered upon the conclusion of the poll to aid us in making our official decision concerning the legality of Meta Knight - whether or not Meta Knight should be banned from competitive play in the US and Canada via a ban clause in the Unity Ruleset.

The BBR-RC is aware of the large tournament Apex coming up in January 2012, and how our decision may affect the event. When deciding on your vote, do not take Apex into consideration. Simply vote if you think Meta Knight should be banned in a future update to the Unity Ruleset, regardless of how it will affect Apex.

The BBR-RC will handle the final verdict with utmost care, to ease into any possible transition that may happen.

Even though you will see the results as 9001 to 9001, the poll is working correctly. The results of the poll are hidden from the public.

If you have any issues in voting on the poll, please contact vVv ChiboSempai or Bionic.