So I was playing around with my dolphin and I encountered this. I tried to do it in practice mode and I recreated it and recorded it. Can someone explain this one to me? Thank!

Is it because I d-air'd too quickly when I was dropping? 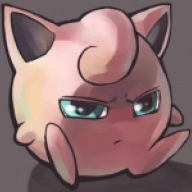 Nah, its not new. You snap back to the ledge if you do certain moves really early after dropping down. For falco, its easy to do with bair because it lifts his legs up (I think thats the reason, might be slightly more technical). This also allows you to jump and shine to snap to the ledge, then wd or jump out and do whatever. Trying to work that into my game rn, very tight timing though.
H

Thanks for the answer, very quick response xD Yeah I can see that now, before I was trying to drop dair and L thinking that the L or R has something to do with it but it didnt. Yeah I think it's just dairing too quickly after trying to fall. Really neat though 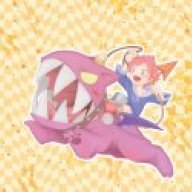 Yeah what GenNyan said. This is called Platform Cancelling. It can be done with certain moves (Falco bair, Sheik Nair, Luigi Nair to name some of the most effective examples) by abusing the hitlag the move by hitting a sheild or an opponent and staying on the platform. I can't recall the exact set but Westballz did a sheild drop platform cancel bair and everyone was confused because weston dennis.
H

thank you guys for the response 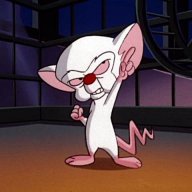 I may want to add that this happens because the ECB(Environment collision box) updates during hitlag.
If you hit your opponent early enough after dropping through a platform, the ECB looks at your position and finds that you should be on the platform.

I don't think these platform cancels are something anyone except a pro should consider practicing, but in the following post a possible application of platform cancels is shown:
http://smashboards.com/threads/official-ask-anyone-frame-things-thread.313889/page-26#post-20232163

I would say you should only be aware of platform cancels, know with which moves it might happen when you drop through with an aerial ASAP. Doing platform cancels consistently requires too much practice that could be spent on something more important.

I'm not completely sure about this but I think the ECB also updates when using specials or airdodge. (@Kadano halp pls)
I think so because when you do a special at the exact platforms height in the air, you do that special grounded and on the platform. This way you can shine-grab instantly on a platform out of full jump like shown in the following video:

For falco this only works on battlefield and yoshi's due to the platform height out of a full jump. There is no (full) frame on which you are on the correct height on stadium and dreamland.
On the same height it is also possible to waveland horizontally, which gives you the highest possible waveland speed.

Fun fact: sheik is faster during a horizontal waveland than when running.
Last edited: Nov 12, 2015

Pauer said:
I don't think these platform cancels are something anyone except a pro should consider practicing, but in the following post a possible application of platform cancels is shown:
http://smashboards.com/threads/official-ask-anyone-frame-things-thread.313889/page-26#post-20232163


For falco this only works on battlefield and yoshi's due to the platform height out of a full jump. There is no (full) frame on which you are on the correct height on stadium and dreamland.
On the same height it is also possible to waveland horizontally, which gives you the highest possible waveland speed.
Click to expand...

I'm not sure if you were referring to the drop down bair ledge-snap or jump up shine ledge-snap when you said it was unnecessary to practice, but the jump-up shine seems pretty useful and not that difficult to learn. I have the shine one at 75% consistency after less than 30 minutes total of practicing it over the past week. I see Mango use it on his stream all the time, and it seems pretty useful for restoring your jump/continuing combos.

Also It works on Fountain of dreams. The top plat I know for sure, the others... well, thats not something I'm gonna learn anytime soon.
Last edited: Nov 12, 2015
You must log in or register to reply here.
Share:
Facebook Twitter Reddit WhatsApp Email Link
Top Bottom