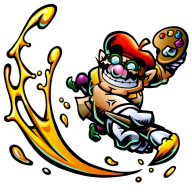 Hello Smashboards users! I'm new to this site and I thought I should start out by making a balanced Melee mod for the people in this community. If you're just here for the mod, you can find the character files down below. Use the Crazy Hand program to load the character files into your game. I recommend patching the files on the newest version of the 20XX Training pack (4.07++), because that's what I tested them on. Plus, more features. However, the game does crash every so often.

Now, if you want to know what actually got changed in this mod, I'll give a rough overview of what is in it for each character. Let it be known that pretty much every aerial had their landing lag cut in half (or less). This means that many aerials now automatically L-cancel. Not all changes are listed below. This is only an overview. Be sure to read the changes of the previous versions. It has most of all the changes.

DOWNLOAD LINKS (.dat files) Patch notes and other stuff is on this site.

Character changes from vanilla melee to Balanced Melee v1.0
I have also found that the following characters can go over Hyrule Castle 64 in the 20xx (4.07++) mod from ledge to ledge without touching the floor. 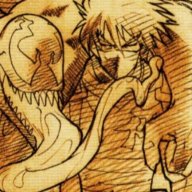 Update coming soon with buffs to characters like Mario, Luigi (who now has his smash 4 down b), Captain Falcon, and Zelda.

This is not balance in my opinion, I think you just gave a bunch of characters random **** and expected it to be balanced with out fully play testing it like really marths counter puts them to sleep like wtf. This is not balanced at all. If anyone is looking for a real balance mod look elsewhere as this is just a bunch of random **** thrown together
Last edited by a moderator: Feb 9, 2018