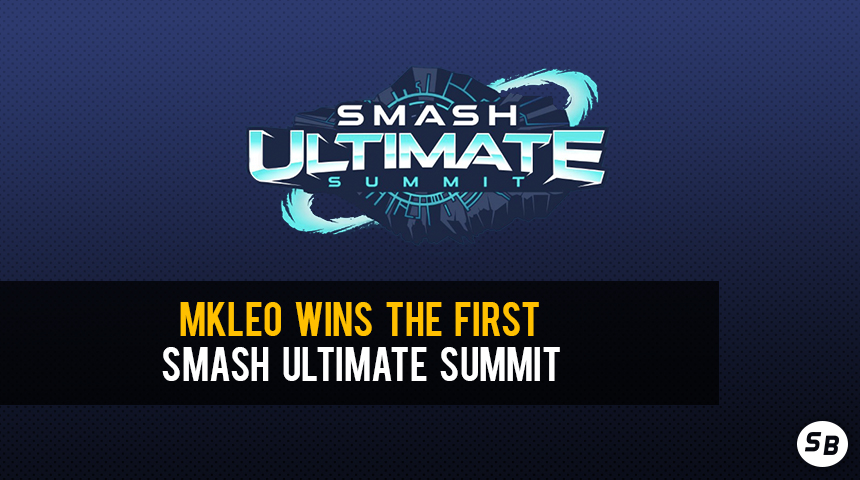 Thumbnail Credit: ZeroSoul​
After seven runs of Super Smash Bros. Melee at Smash Summit, Beyond the Summit (BTS) has brought the invitational to Super Smash Bros. Ultimate. With talent from Super Smash Bros. for Wii U and Melee, Smash Ultimate Summit was a production bonanza. As always, the team behind BTS brought their best forward to entertain fans and players alike. With several events, including 1 vs. 1 Randoms, Squad Strike Crew Battles and Commentator Crew Battles, it was a full weekend of Ultimate fun and competitive spirit. Below are the final results, and some takeaways that will likely give insight to the future meta.

No Tweek Means Very Different Results: While it was unfortunate, Gavin “Tweek” Dempsey was not able to make it to Summit on this run. Thus, the result is that a large portion of the results were affected by not having the likely highest ranking player in Ultimate. Next time, Tweek will likely make it in without having to be voted in, and the end result will look very different.

The rise of dual maining: While many of the players at Summit are still sticking with their preferred character, some are moving to a broader approach. MKLeo, Dabuz, Nairo and Zackray all had pocket picks that were pulled out in matches that they felt needed them. There has been some talk among the community that solo-maining in Ultimate could be more difficult than previous mainline titles. Though the metagame still needs time to develop, this could be an early move towards that.

Smash Wii U Experience vs Melee Experience: Although they’ve had the same amount of time to play the new game, those who come from Smash Wii U still have an upper hand against the long time players of Melee. While players like Armada and Leffen are pushing forward, there is still a good amount of distance for them cross. We will have to see if they stick it out to make those adjustments.

Samsora and Dabuz Push Up: Both Samsora and Dabuz showed great potential at Summit, and have likely put themselves in the running for Top 5 rankings. Both have benefited from buffs to their characters, and each made a strong showing with their results this time. With a bit more push, either could be a regular Top 4 finisher.

The March of the Penguins: European players don't get as much attention as their American counterparts, but it’s impossible to count them out as serious competitors. While Summit had several European players, only Glutonny had a background with Smash Wii U. With his placing at third, he showed that his adaptation to Ultimate puts him among the world’s best, and he can even make them sweat. He will be a threat to look out for future brackets.

Who let Leo get this powerful
MORE LIKE WIN-CINA AMIRITE?
You forgot to put Palutena down for Nairo, who he used more than anyone else.
I'm surprised Zero did this bad. I didn't think he would win but I also didn't think he would tie for last.
leo is dumb, can't wait for him to knocked off
i think smash 4 players have a bit of an advantage against melee players
Last edited: Mar 13, 2019

He didn’t do badly. He was godlike on day 1, he took Leo to game five and almost knocked him into losers
It's cool to see melee's greats coming together to play an entirely different game.
I wasn't a surprise to see M2K since i've already seen him play at frostbite, but ARMADA??? Whoa.

viras said:
leo is dumb, can't wait for him to knocked off
Click to expand...