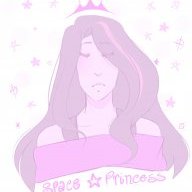 Hey everyone! My name is Pixel. I'm not a Mii main but I am in favor of legalizing them (and tbh I probably would main them if movesets were legal). I'm working on a video project that will hopefully help out Mii players, so let's get right into it. I'm gonna ask some questions and I'd like you to answer them as best as you can, please.

A lot of misconceptions about custom Miis is that they're broken. This usually only applies when talking about Brawler, however I have seen people say it about Swordfighter too. In my research I'm gonna give a detailed explanation on WHY Miis aren't OP, however, I would also like to give some matchup examples, like a mini/incomplete matchup chart as evidence. I don't need a detailed list of the entire cast and why the matchup is like that, but if you can give me an example of some good and bad matchups for Swordfighter, that would be great.

Another reason Miis are banned is because many people don't like that they can have an infinite number of movesets, even tho 99% of the time they're going to use the same moves anyways. Xanadu handles this pretty well by making it so you can only use one moveset for the entire tournament, however that's still not enough for some people. Many however say that if Miis had one universal moveset then they would be much more in favor of legalizing them. So if you had to pick, what would you say Swordfighter's best moveset is? I'm gonna compile the results (as well as do my own testing) and come up with an "Optimal" set that could be used to legalize Miis.

That's pretty much all I need from you, the rest of my data will be through my own research/asking top players, however if you do have anything else to add please let me know! Thank you for your help! 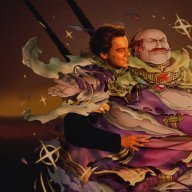 Hero of Many Faces

if i had a nickle for every "one legal moveset" thread in this sub forum...
anyways:
first and foremost, Swordfighter's most important special is Chakram. This move is too good of a versatile projectile to pass up all other side specials do not compare

Down-B can be litterally anything you want it to be, there are all too niche to matter or to argue against, buuuuuuuut Reversal Slash is useful in the majority of the matchups
You must log in or register to reply here.
Share:
Facebook Twitter Reddit WhatsApp Email Link
Top Bottom