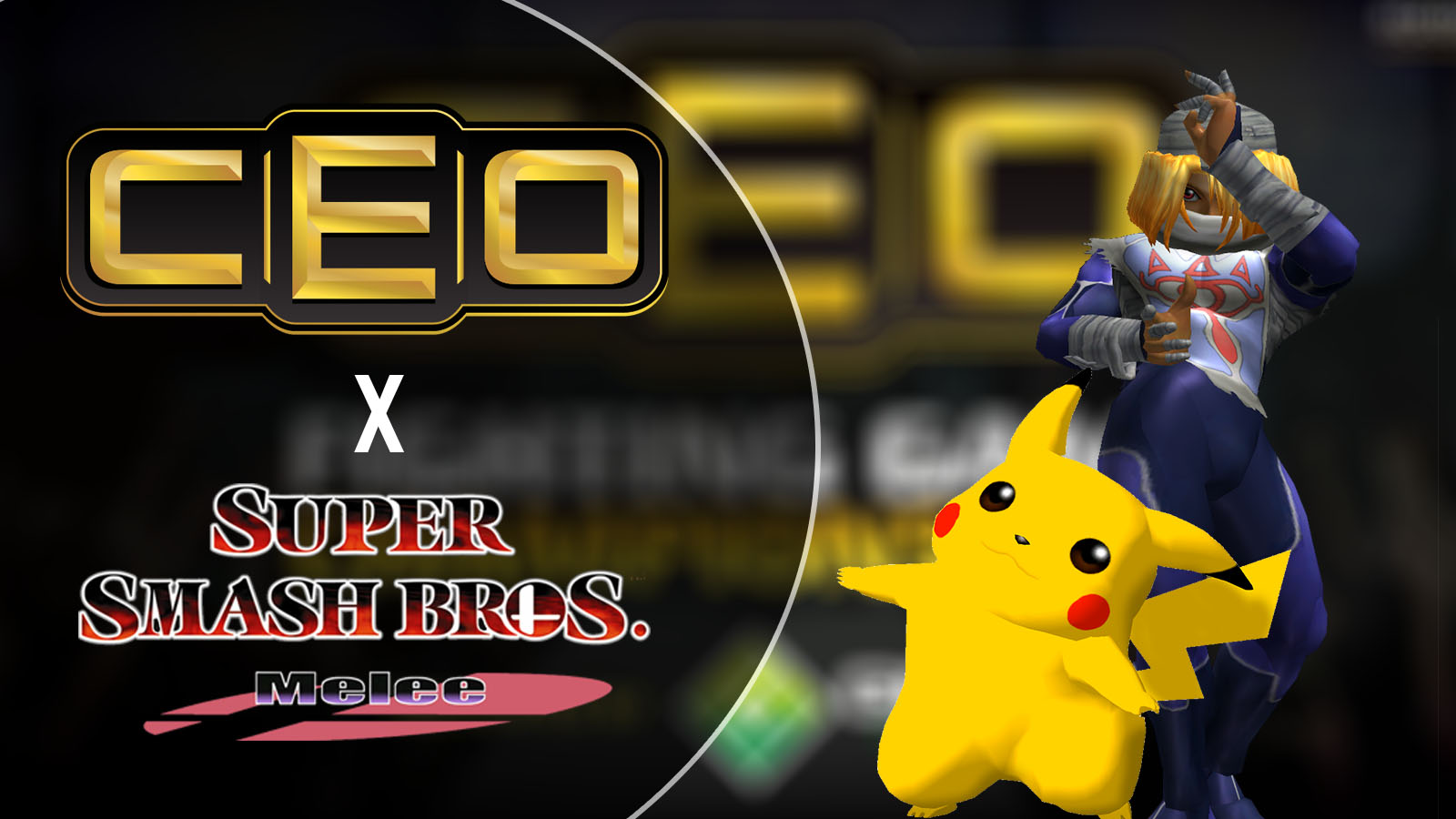 As the Summer of Smash kicks off, major tournaments are happening weekend by weekend. Starting this Friday and ending on Sunday is one such event: Community Effort Orlando 2017, an international FGC event set to take place in Orlando, Florida.

Started in 2010 off the back of Alex Jebailey, the series has grown into an international event for all sectors of the Fighting Game Community (FGC). While Super Smash Bros. Melee was around for the initial 2010 run, it took a small hiatus after 2011. Eventually it made its way back as part of the CEO lineup in 2014. While Melee has taken a backseat to Smash Wii U the past few iterations, it is still a premier tournament for the Melee community.

Tournament Favorites
The biggest name at this tourney, and the one that will be the target of anybody looking to win, is Juan “Hungrybox” Debiedma. After an impressive win at Smash ‘N’ Splash 3, Hungrybox has a strong start for the Summer season. He will be looking at continuing his current dominance by securing CEO for the second year in a row. Being ranked at 2nd since SSBMRank 2015, there would be no surprise if he took home the belt this year as well.

As for contenders, there are quite a few to keep an eye on. To begin with is Justin “Plup” McGrath. With strong wins over the majority of competitors, Plup has a whole tournament to show what he is made of. The only player that has given him trouble in attendance is Hungrybox. This will make their interaction at CEO the defining matchup to watch. If Plup can overcome his demon, then the trophy ought to be within easy reach.

Wildcards
The biggest wildcard of the tourney is Justin “Wizzrobe” Hallett. His interactions with many of the CEO attendees are limited. He has had strong placements throughout the year, and impressive wins. Most notable is his victories over Hungrybox. With the two of them keeping neck-to-neck in 2017, Wizzrobe has what it takes to create an upset by knocking out the tournament favorite. With most of his losses coming from the top 5, of which 4 are missing, a win over Hungrybox may just secure him a win at a major.

There is one other wildcard that needs mention, and that is DaJuan “Shroomed” McDaniel. A strong, and consistent player, Shroomed tends to fly under the radar when people talk about winning contenders. At Smash ‘N’ Splash 3, he changed the discussion. Shroomed seemed to be on a roll that tourney. He pushed both Armada and Leffen to game 5. He eliminated Plup in commanding fashion. Overall his 4th place finish turned heads, and showed what he was capable of. CEO is his chance to show that Smash ‘N’ Splash wasn’t just an anomoly.

These are but a few of the talent making it out to Orland this weekend. Other notable players include the likes of Axe, Swedish Delight, S2J, The Moon, Cobol, Nightmare and Crush. CEO, while not as stacked as previous years, is still a tournament that holds major promise. The number of rare matchups will excite the Melee viewer, and the threat of upset will keep many on the edge of their seat.

Where and When to Watch?
Interested in watching the tournament? You can tune into the livestream on June 15 and 16 on PolarityGG and CEOGaming. Check out the infographic below for more information. 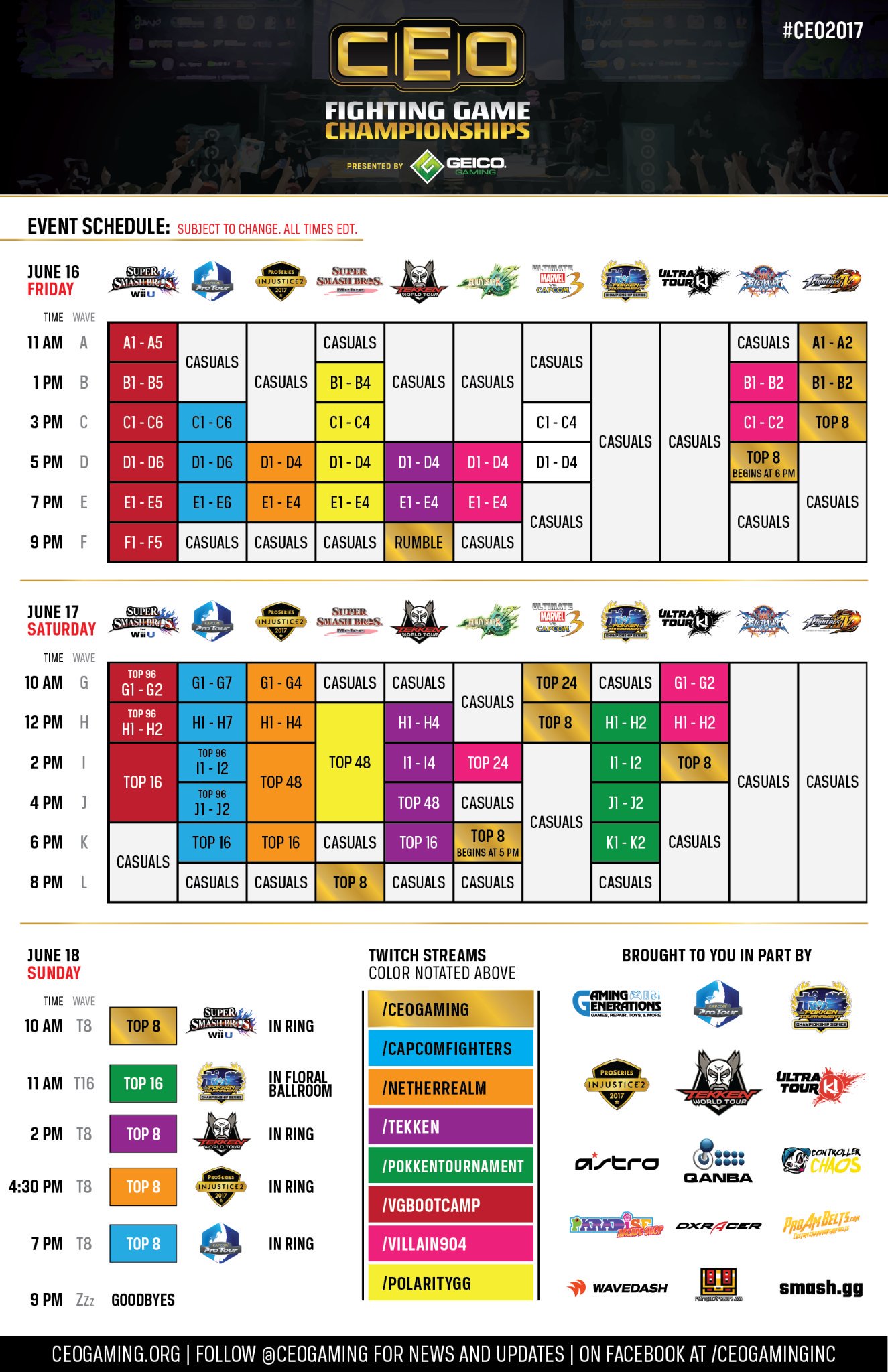