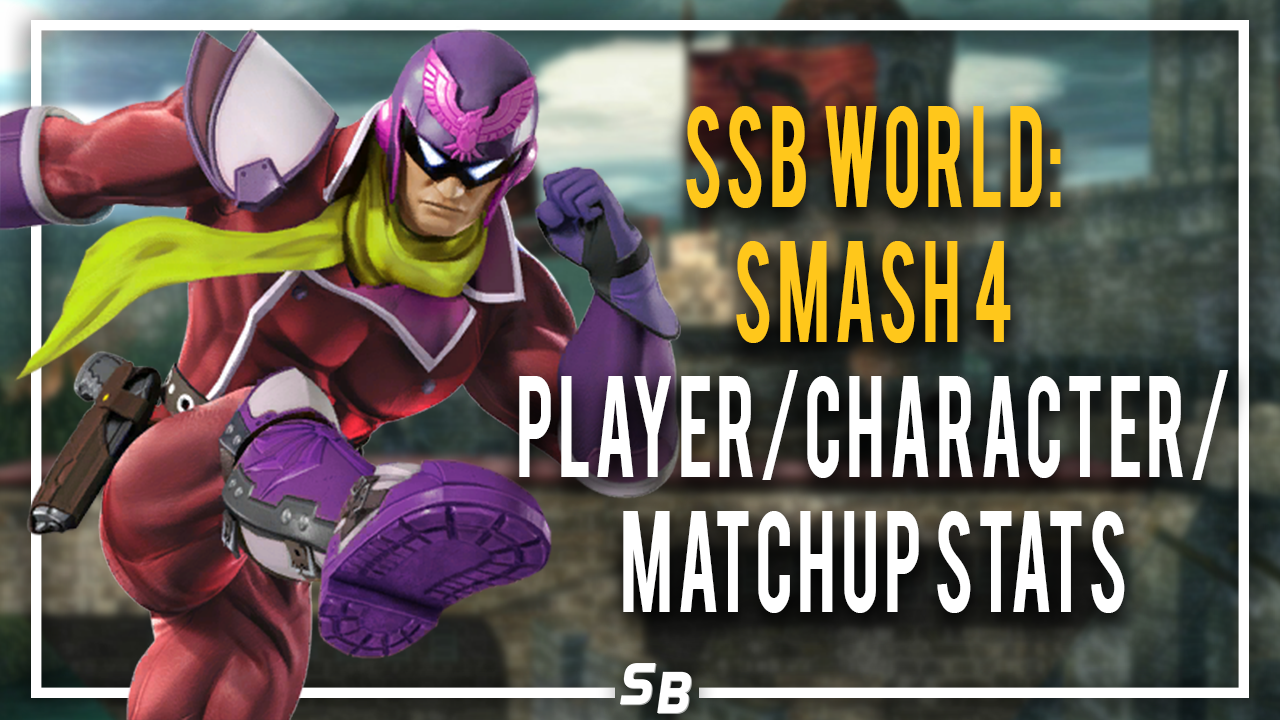 Having problems learning specific match ups for your main in Super Smash Bros. for Wii U? Looking to up your game smarts? SSBWorld might be the solution.

With 56 characters in the game, hundreds of YouTube channels to learn from, and countless amounts of data, it is no surprise that Smash Wii U is a hard game to master. Anthony Nelson, the developer of SSBWorld, knew this and set out to create an information repository that will benefit the community as a whole.

Now that the site has launched, we sat down with Nelson to discuss its formation and future.

A: Smash Wii U was the first game in the Smash series that I ever played. I absolutely fell in love with the game and desperately wanted to get better. The gap between me and the average player at a tournament was tremendous.

Smashboards was a intimidating to me since so much the information was way over my head. The community there is smart. What helped me understand the game best was watching tournaments on Twitch or the VODs on YouTube. While watching Twitch, I often found myself looking for more information on the players on stream. YouTube search was limited and I found it very hard to find good sets for lesser known players or characters.

There are other VOD sites out there, but they traditionally only focus on the characters or tournaments. I love those features, but I felt like there also needed to be a focus on the players and statistics. Eventually, I just decided to build the site that I wanted for the community.

P: What goals do you have for the website?
There are so many goals for the site. I'll try to focus in on a couple of big ones.

A: First - Generating Unique Data & Statistics for the Community
Our site has potential to create some great data for the Smash 4 community, since every video on the site records the players, characters, stages and winners/losers for each game within the set. Due to our data being entirely VOD based at this time, it won't be the perfect data source for many metrics. However it should be able to provide some really unique insights into questions like this over time.
We have a lot of data we want to provide, but our current data set of just under 5,000 videos is still too small to make it significant. These will be launched over time.

Second - Becoming a Smash Resource For:
P: How can this site help or impact the community?

A: There are Smash communities everywhere and some really good players within each of those communities that will never travel to a major tourney. I hope to promote each and every city and help all sorts of players gain visibility. Our player profiles are a great way for Smash players to promote themselves.

P: Will you expand your website to other Smash games such as Melee and Project M VODs?

A: We would absolutely consider expanding into other Smash games if the site continues to grow and the community shows demand and the ability to support the creation of it. Our site is truly run by the community.
Last edited: Feb 20, 2017

I just now visited the website, and was impressed by the number of archived matchups. But I wonder if we will soon have a matchup chart for Smash 4 like the three predecessors...
Last edited: Feb 19, 2017
Gotta love the initiative taken here. I'll have to check it out soon.
This is something I can really use.
I love this new site already <3 Nice work!
This is some impressive stuff. I could see a database like this being a godsend if it really takes off. Props to the creators for finding their niche in the community.

Popi said:
With 56 characters in the game,
Click to expand...

I like it.
Once they start adding more features this website will be extremely useful
They really need to add a way to rate videos. I have been checking the site, and some videos are really bad (in terms of skill of gameplay). Rating the video would help those who seek information about MUs to differenciate videos they should focus on studying from those which are trash and are played from more unexperienced players.
This is pretty great for finding MU tactics.

The only unavoidable problem is sadly the lack of attendance for certain characters that compete in tournaments, underused characters will sadly get the least impact from this. But it can change in time as the meta grows. Still love how simple it is to just look for results within a few seconds.
It would be really great if you could sort videos by date so that you can actually see how recent the video really is.
You must log in or register to reply here.
Share:
Facebook Twitter Reddit WhatsApp Email Link
Top Bottom