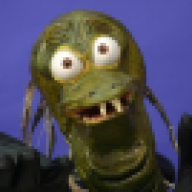 Cincinnati's Melee/PM bimonthly series makes its triumphant return in May! We will be once again hosting both singles and doubles for both games at Arcade Legacy inside the Cincinnati Mall, and-- if time allows-- a super-hype Kentucky vs Ohio crew battle!

So yeah, all you nerds that were there last time? I better see all of you again, plus more, and I don't wanna hear no johns!

Fees and Preregistration
For logistical reasons, entry to this event will be by pre-registration only. You can sign up here. Money will be collected at the door. If you made a mistake signing up, or you need to withdraw for whatever reason, please contact me by private message.

If you register, I *will* expect you to be present. If you are not, and you haven't contacted me, I *will* bar you from signing up for my future events. Yes, I am serious. Running these events all in one day is a huge amount of work. The least you guys can do is let me know what to expect.

Registration will close on Tuesday, May 12th, so be sure to sign up by then!

Pools and Waves
In order to make it easier for players to know where they're supposed to be at any given time, while also ensuring that we use as many setups as possible, all events will be divided into two waves, which will play at specific times and eliminate down to small final brackets. All players will be handed a schedule upon checkin, letting them know where they need to be and exactly what time. These schedules will be rigidly enforced. If your wave starts, and you're not present for it, you *will* be disqualified. With this many events in one day, we don't have any time for nonsense. :O

Doubles pools will consist of two bracket pools for each game. The top 2 teams from each will emerge for a 4-team final bracket, with the 2nd-place team from each side beginning in losers'. You are required team with the same person in both doubles events, if possible. The only exceptions to this will be made for players who team with someone who isn't in both doubles events. This will help us reduce collision drastically, so make sure to follow this when signing up or you may not be placed in either bracket.

Singles pools will be round-robin if possible, but may be changed to bracket pools depending on the turnout. They will eliminate down to 16 or 32 players.

Stage Strike from Neutrals for the first match of the set in “121″ fashion:

Stage Strike from Starters for the first match of the set in “121″ fashion: 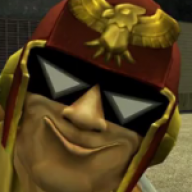 Time to head back to the lab. 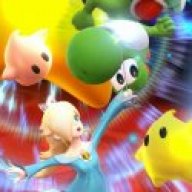 Location
That bit of Kentucky that has fried chicken.

Thanks for posting a link in the old thread. I might have missed the event if not for that.
I

I was always thinking about making a more experimental PM stagelist rather than the conventional one. Don't know if anyone else feels that way or not, just think it'd be interesting.
I

NinthWonder said:
I was always thinking about making a more experimental PM stagelist rather than the conventional one. Don't know if anyone else feels that way or not, just think it'd be interesting.
Click to expand...

Please no. Experiment with stagelists at small locals first. At bigger tournaments like this, just play the hits.
Last edited: Apr 28, 2015

True. I was just throwing that out there as something we could try sometime. Over the summer I'll be able to get out to these Fight Nights finally so maybe we can do some different stuff there. 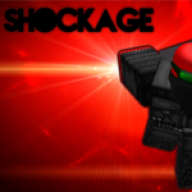 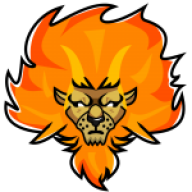