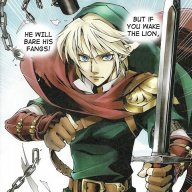 Hi, Toon Link main here looking for some match up help. I was wondering in what ways might I be able to beat Snake? Doesn't he just camp really well?

Also, if there is a Toon Link discord that'd be great. Thanks 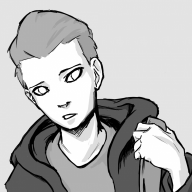 Sorry I haven't said anything here earlier. I'm just not that familiar with the matchup, so I'm afraid I don't have much that would help. I do know that it's a tough fight, though. My personal feeling is that Toon Link is one of the better characters at defending against Snake, but at the same time has a hard time getting any offensive traction.

On paper Snake is better at camping and at killing, so I would think the best thing would be to try to stay at midrange, just outside of his f-smash reach, and poke at him as safely as you can without giving him the space to camp properly. Probably I would play the match more like a traditional sword character than usual, since Snake has fairly slow attacks and won't be able to punish you at close range as easily as other characters. Zair seems like it could be a good tool to disrupt things. When you are at a distance you may be able to use boomerang and arrows to block Snake's projectiles and make your approach a little easier.

Again, I don't know how realistic any of that would be to do. I'm mostly just spitballing with theory that may or may not play out in a real game. Sorry if it's misleading.
You must log in or register to reply here.
Share: Facebook Twitter Reddit WhatsApp Email Link
Top