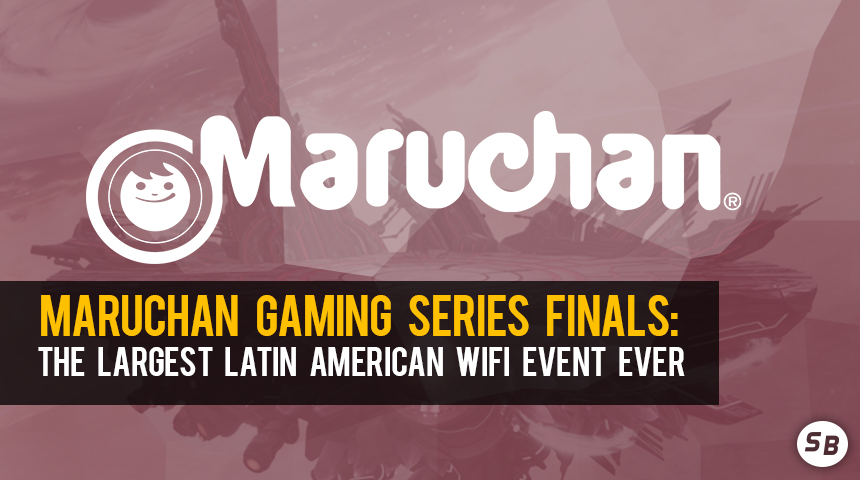 In the waning months of Super Smash Bros. Ultimate’s Wifi Era, we’ve seen minimal press for Wifi events. On May 28th, Maruchan hosted the bulk of a Mexican Wifi event known as Maruchan Gaming Series - Ultimate. Initially starting at a record breaking 2048 attendees, May 28th’s portion of the event saw things cut down to just twelve.

On Sunday, June 13th, the remaining twelve players will compete to win Latin America’s largest ever Wifi Era event, and one of the largest Wifi events of all time.

The Mexican Smash Ultimate scene has been given exposure by the Wifi Era, as covered in our previous piece on Mexico in the Smash World Tour.

Players such as Santiago “Chag” Perez made their name through a combination of offline achievements in Super Smash Bros. for Wii U and Wifi events in Smash Ultimate. With widely successful Wifi player “Jake” recently performing well at post-Pandemic major InfinityCon 2021, Chag - who is ranked 11th on the Wifi Warrior Ranking v6 - may be well-positioned for success at North American majors moving forward.

His opponent is set to be Mario “WaKa” Cervantes, a Luigi and Duck Hunt player also from Tijuana. His recent results make his appearance in Winners Side Top 8 unsurprising.

At Lunch Box #11, WaKa placed third, successfully toppling Chag, as well as Wifi Warriors “Mabel” and “yonni”, with his crown jewel being a win over Carlos “Sonix” Perez. Three days later, he would go on to defeat Robert “Myran” Herrin, Jake, and Samuel “Dabuz” Buzby in an unexpected upset-laced run.

With WaKa living at the far edge of Northwest Mexico and Chag living in central Mexico, the two’s only set records are online. Chag’s earlier wins give him an overall advantage of 4-2, but their two most recent sets have gone to WaKa.


Diego “Nair^” Sanchez (entered as Keqing) is another major threat from Central Mexico. A top player from Estado de México (EdoMex,) he is widely considered the best Ridley main in the world, and retains one of the best Heros.

His early pools round saw him coasting by with alternative picks like Chrom and Snake. His only close set appears to have been against Alan “AlanDiss” Carrillo, a Tijuanan Snake main that notably qualified for the Smash World Tour: Central American Finals.

Finally in the Winners pool, we have Nair’s opponent - Alejandro “Regi Shikimi” Martinez. Initially noted for his stellar early performance in Smash Wii U that foreshadowed Mexico’s eventual successes, Regi became a mainstay favorite year-to-year at American national events for upsets. Between 2015-2017, he was generally considered the best active Game & Watch player.

In Smash Ultimate, he retained his Mr. Game & Watch, and continued to be successful with a stellar run at Smash Factor 8 as well as maintaining his presence as one of West Mexico’s top players.

He unexpectedly defeated Juan “Skyjay” Pablo in pools in a 3-2 set utilizing his secondary Piranha Plant. Afterwards, he won another 3-2 set against Edgar “Sparg0” Valdez, the first seed and tournament favorite.

Regi’s position here is tumultuous. While he has fared well so far in the bracket, his 0-8 set record vs. Nair indicates he isn’t favored at all.

As a result of the upsets noted above, Losers Bracket has turned into a bit of a mess. With four sets lined up, several top players are already in it.

Enrique “Maister” Solis is among them. The event’s second seed, Maister fell to WaKa in round two of pools in a 1-3 set. Hardly a stranger to Wifi, the top ten player is suited to potentially make a comeback through bracket.

His first opponent will be “Rayonier”, a Yucatan Little Mac player. Yucatan, part of Southeast Mexico, comprises a consistently unknown part of the country with minimal data to work with. With a double elimination over the near-decade long Wario main Edgar “Waymas” Lizcano, this is one of Rayonier’s best results yet.


Sparg0, who lost against Regi Shikimi, requires little in the way of introductions. Tijuana’s #1 and the top Wifi player as of the WWRv6, Sparg0 has bounced between using Cloud and Pyra at this event.

Favored heavily to at least reach Losers Quarters, his first opponent is Aguascalientes player “Special_K”. A Shoto main, he is the best player in his subregion, and has received solid exposure from the Wifi Era. The two have yet to face off, though Sparg0 is likely to take the set.

However, it’s not advisable to count Special_K out completely. After a very early loss to Chag, he steadily climbed back through the bracket, eliminating “And”, “Whisky”, BryanZ, and “BigBoss” in Losers Bracket.

AlanDiss, who narrowly lost to Nair, is one of Mexico’s top Snake mains and a prime top five candidate in Tijuana. Qualified for the Central American Finals of the Smash World Tour, he’s set to face off against Northeast Mexican Wifi Warrior Steve main “Nath”.

While AlanDiss performed to seed, Nath has exceeded expectations. Initially in Luis “Nery” Flore’s pool, Nath won it after Nery DQ’d. He then lost to Maister early in round two pools, and proceeded to rocket back through losers at a quick pace, most notably defeating top Mexican Pikachu main “Lalo”.

He and AlanDiss have yet to fight in bracket. By seeding, AlanDiss is favored.

Javi, a Ciudad de México (CDMX) player, has used a near endless list of high and top tier contenders in Smash Ultimate. Initially known for his very stable Sheik main status in Smash Wii U, he’s now contending at this event with Wolf, Cloud, Pyra, and Joker.

This change hasn’t appeared to deter him at this event, as he successfully upset fellow Central Mexican player BigBoss, one of the top R.O.B. mains in the country, using Pyra. He later had a very close set against Chag using Joker, and now sits in Losers Bracket.

His opponent, Skyjay, is one of the best Incineroar players in the world. Hailing from Puebla, Skyjay quickly recovered from an upset by Regi Shikimi early in bracket to make Top 12 Losers. On the way, he defeated Saltillo Toon Link Oscar “Ang” Anguiano and Jose “Rinku” Hernandez, a former WWR ranked Robin.

While both players sport solid win & loss records for their positions in the Top 12, Javi has a highly dominant 5-0 record over Skyjay. While two sets went to game five, Javi overall is favored to win the set.

Maruchan Gaming Series - Ultimate is likely a major swan song for the Wifi Era in Latin America. While current set records indicate a relatively quiet event until late top 8, it will be a showcase of future talent that we’ll likely see in America in the coming year featuring talent from most major regions of Mexico.

Resources & Where to Watch