Fighter #01, Mr. Nintendo himself, the most well known video game character in the world, Mario. I'm sure I will get absolutely no flak for this redesign idea, but despite this, I think there are a choice few moves that can be replaced and still give a very nice all rounder, basic kit while also having some unique tools no other character has. I guess we can get started.

Hilariously original idea here, but it's with purpose. Seeing as Mario Tornado was migrated to DAir, but there is a clearly established canon move that does the same thing, but with an added benefit, it only makes sense that the Spin Attack from SMG and SMG2 can replace it. However, it would function differently. Rather than a drag down move, it would simply hit anyone away from Mario. The startup is quick but the endlag is high, making it a great get off me tool as well as a good edgeguarding tool.

The difference is that the lingering hitboxes give a sweetspot on the arms, which are wider than Mario Tornado and have more priority, which again makes them good against recoveries and sideways combos. But the rest of his body is a weaker sourspot, still fitting with the Mario Tornado full body hitbox.

The main staple of this is of course the lift it gives if you hold down the button. This also means you can choose to land with it or recover with it, making it a multipurpose move. Overall, a nice addition without really shunting out the functionality of the move it replaced.

This is, yet again, a totally original idea, hehe.

But seriously, the idea of teleporting directly to opponents is not something in the game right now, and I think this has some merit, especially when taking into account Mario's combo based playstyle. Now if you hit someone with Cappy, you can extend combos or potentially tech chase more smoothly or edgeguard by following someone downwards. And add to the fact that you can pick the endpoint around the opponent means mindgames galore to extend those combos. It truly is a unique thing that hasn't been in Smash Bros. but has been in another platform fighter I've been gushing about lately called Rivals of Aether, I'm sure some of you have heard of it. It is very similar to Maypul's vine pulling to extend her combos, but I kid you not, I came up with this idea way before I realized that connection. It's honestly too perfect.

And of course you have Cappy as a temporary platform which can be held out while also doing other moves mind you, so despite him being vulnerable, you can cover for him with fireballs or even FLUDD while recovering onto him.

I know some purists won't like removing Cape and not giving Mario a reflector, but the utility of this move has way too much potential and cohesion with Mario's gameplan to be ignored I feel.

Hope you like these short and sweet ideas from me. I might finally finish the Ice Climbers, Doc, and Bowser Jr. threads when I'm not so stressed out with everything.
Last edited: Oct 15, 2019
G

Those two ideas are great, I also have a few ideas to build off of yours.One thing I would change is his foward air, Mario would grab a hammer out of no where and would go for the kill just like his original forward air. Not much would change I just thought a reference to the Mario and Luigi series would be neat. Another move I thought would be cool would be to change his back air, this time Mario turns into a toonaki (from Mario bros 3) and use his tail to hit an enemy with. The move would be a multi hit with low endlang. Another move I would like to see changed is his up b. I would change it to be his rocket fluid(from super Mario sunshine) it would be similar to inklings but would damage. I don't know if it should damage or not. Since his down b is being used for his new up b i think his new down b should be his dive move he has in Mario 64, i think it would be cool,it could give him more mobility so he could have even more combo potential and if used with his new side b he could bounce off his hat. Personally i don't want to change his up air or neutral air,I like those. I think replacing his tilts could be cool. One idea for his down tilt could be a 8 bit goomba appearing at marios feet, Mario could even give off a suprised face, that would be cool. For his up tilt it a 8 bit warp pipe as tall as Mario could appear in front of him, it would launch foes up and could even create a wall for a bit. For his side tilt a koopa troopa with wings could appear in front of him hitting foes away. A new final smash is definitely in need although I don't know what it should be :/ . Those are my ideas :] 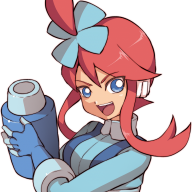