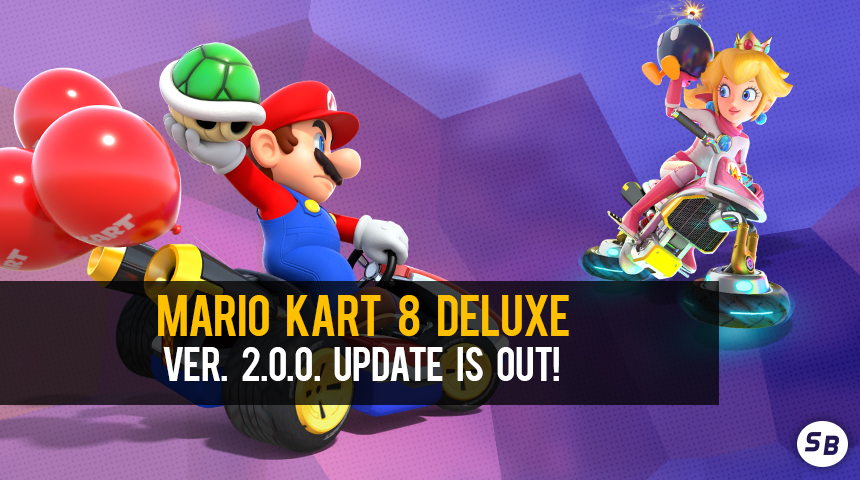 The update comes with 8 new Retro tracks as part of the Booster Course Pass:
The tracks will be available on online matchmaking starting March 21st. Also, you won’t need the pass to play the new tracks in online worldwide, regional and tournament matchmaking, as they can still be randomly selected. However, in “Friends”, “Wireless Play” and “LAN Play” lobbies at least one player will need the pass to choose the tracks. And finally, offline play will also require players to purchase the Booster Course Pass to play the new tracks.

Author’s Note: It feels pretty crazy that Mario Kart 8 Deluxe is getting DLC now, doesn’t it? Not that I’m complaining, I’m actually pretty stoked my second favorite Mario Kart is getting more content! What do you think about it though? Please let us know in the comments below!

This update contains a "balance change" as well: Item Boxes regenerate faster when someone takes them from you.
ill get stuck in as soon as im done with banjo kazooie
At first I was really hoping for a Mario Kart 9, but honestly, 48 more tracks including what I imagine will be a good chunk of the Tour ones (that I haven't played), is pretty exciting. MK8D is an incredibly solid game as is, and effectively doubling the tracks is nice.

I'm really hoping that Dino Dino Jungle, some of the old DK courses, Daisy Cruiser, Mushroom Gorge, Wario Colliseum, Koopa (Troopa) Beach, Koopa Cape, Maple Treeway, and Kalimari Desert show up! Oh, and any / all of the Rainbow Roads that aren't in already. They're always great. I imagine that at least half of these ones will since there's 40 more tracks and in general I think most of them are fan favorites? And some were in Tour. And of course all of the Tour ones!

I'm excited either way.
Last edited: Mar 18, 2022
I was able to 3-star the two new cups in all the engine classes earlier. However, Ninja Hideaway isn't exactly the nicest course, in terms of its overall layout.

Anyway, it'll be interesting to see what the next set of cups have in store for us.
Im ganna have to work at mcdonalds to buy this
Can't wait.
You must log in or register to reply here.
Share:
Facebook Twitter Reddit WhatsApp Email Link
Top Bottom