Lucario: When to aim for the kill. 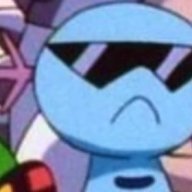