As of 17th November 2016, Juan “Liquid | Hungrybox” Debiedma is now the first Super Smash Bros. player to get nominated for “Best eSports Player” in the annual 'The Game Awards' or TGA.

Aside from his competitive achievements, he is also a large influence in the community-at-large. His antics have ranged from hosting fast food battles, which gained a lot of attention from the restaurants themselves, to holding picnics for his fans.

Hungrybox’s most notable achievement in 2016 which received worldwide attention was not only getting 1st in Melee at EVO 2016 but the tear-jerking reaction Hungrybox showed us all “When i got that forward-air off the stage and he fell to his death, i just jumped up and looked around and saw the lights. It just happened. i was just a crying mess and i ran up to Crunch and hugged him” said Hungrybox in an interview with ESPN.

Aside from hardwork and determination, Luis “Liquid | Crunch” Rosias, a brother to Hungrybox is also one of the main reasons he made it this far, having said to influence Hungrybox to start competitive Melee in Middle School, Crunch even went as far as to reading up sports psychology to help Hungrybox cope with the stress presented during tournaments. Currently Crunch is a Melee coach for team Liquid, ready to face any challenges thrown at this powerful duo.

Hungrybox announced on October 13th that he will be competing full-time in Melee, moving back to Orlando. Hopefully he wins the title for “Best eSports Player” to aid him in his life journey on becoming the best player in Melee. Thank you Hungrybox for not only providing the community with hype matches to look forward to as one of the 5 gods, but for also being a positive impact and inspiring other players to get better.

You can vote for Hungrybox here under the category of “Best eSports Player. 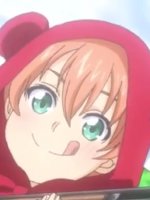 Hungrybox has had one hell of a year, even if it stopped after EVO it was still great! Hope he wins this.
Iam not a Hbox suporter but i still voted for the sake of smash.
Publicty is the thing that will make this community bigger and better. A vote for Hungrybox is a vote for Smash!
Last edited: Nov 18, 2016
I dunno. The selection for best player is in leagues with Infiltration and Faker. That's a tall order to fill. But good luck if he can nab it.
You must log in or register to reply here.
Share: Facebook Twitter Reddit WhatsApp Email Link
Top Bottom