If there were a feature that allowed you to set only certain characters to be included in the Random pool for your name tag, would you use it?

I'd love to be able to do this, personally, both for online arenas (which themselves have UI problems to address) and for offline with friends, as I have a friend who tends to try to counterpick, leading to a lot of the same repeat matchups. I've heard other requests for nametag-specific features, like being able to set a favorite skin for each character that the game remembers, but a lot of this seems like it would require a new menu screen, so I don't know how keen they'd be about including it. At best it might have to wait for Smash 6... 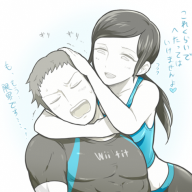 I've said for ages that a limited character randomizer would be a great idea. You could sort of manage this in Melee, since it would select a character before continuing to the next screen, so you could just keep picking random until you got the character you wanted. Obviously the randomizer from Brawl forward is better, but I'd love to see a feature like you described to be able to do that again. 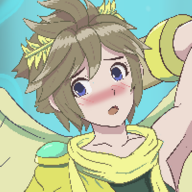 To only choose between Pit, Incineroar, and Bowser so I don't get a character like Ice Climbers, Ness, or one of the Fire Emblem characters, or just a character that I'm super terrible at? Most definitely! Especially considering how huge this character roster is, you're bound to likely get a character you're not good with. Then again, I never was too fond of many RNG factors in the first place.

Tbh, I think a previous Smash had something similar to that, but for stages, where you choose what stages you could include and exclude from random. I definitely want that for characters, too.

Admiral Pit said:
Tbh, I think a previous Smash had something similar to that, but for stages, where you choose what stages you could include and exclude from random. I definitely want that for characters, too.
Click to expand...
That's been in every Smash game since Melee, and is still in this one.
You must log in or register to reply here.
Share: Facebook Twitter Reddit WhatsApp Email Link
Top