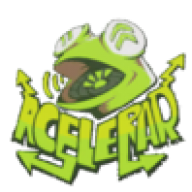 Game and Watch's <99% ledge jump (aka Tournament Winner aka CliffQuickJump) is surprisingly useful considering how many players avoid ledge jump.

The startup is 12 frames (getting ready to jump, no animation for this so you can't react to it) and the actual jump is 25, making it 32 frames until actionable. To compare, Fox's ledge jump is total 51 frames with a reactable startup.

Because G&W is actionable near the peak of the jump, it positions him perfectly to waveland on platforms. Each stage is slightly different so you have to adjust accordingly.

Yoshi's Story has a 9 frame window for the waveland.

Battlefield's ledge jump is so perfect that the first frame actionable you no impact land. This means you're free to do whatever immediately (I suggest shield drop). However, you have no room to waveland. To fix this, hold down to pass through the platform and double jump waveland.

Dreamland is similar but you cannot reach the platform without the double jump. You only need one frame of double jump out of the ledge jump to perfect waveland.

Game and Watch has a good amount of aerial drift during this so you can fade back or forwards and waveland either way.

Another neat trick is ledge jump fade back edge cancel. The simplest way to do this is to hold forwards during the jump for 13-15 frames, then immediately back. Use C-stick to Fair or Dair and you're golden. I have not found an easy way to edge cancel Nair as you have to let go of the control stick. 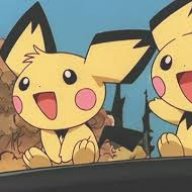 I think this gets overlooked because his ledgehop fair is such a potent tool. 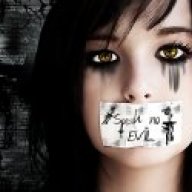 Or upair ledge regrab to stuff out random shine spikes or inv. Waveland ing on into a jab/ d-tilt. 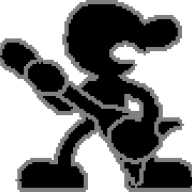 BogMonger said:
Battlefield's ledge jump is so perfect that the first frame actionable you no impact land. This means you're free to do whatever immediately (I suggest shield drop). However, you have no room to waveland. To fix this, hold down to pass through the platform and double jump waveland.

I don't come hear often, had to criticize this since it is untrue of only method to be able to waveland on battlefield mid platforms. In fact, by having your stick positioned holding down until your a frame about to land, you roll from down to side immediately by hitting the stick and press L/R. You don't have to go through the platform and double jump a frame to waveland. Additionally, holding shield, if you got good distance from the waveland, you will slide off the platform since shield bypasses teeter animation if you have enough momentum to slide off.

Holding down then rolling the stick to side + L/R a frame before NIL will also allow for CONSISTENT waveland on top platform of battlefield.

I posted this on Facebook g&w theory crafting months ago with a video doing this on top of BF platform.

What I didn't include was another tech. That I should have but different. You can regrab ledge after dair if done near frame perfect. There is a two frame leniency of error. Would be good tool to counter fox angles so I'm calling it "The Mangler". Again takes loads of practice to get it down. It's all learning the motion until you master it.
Last edited: Aug 17, 2016

How good is invincible waveland from ledge into a grounded up-b? Grounded up-b hitbox comes out on frame one of the move's activation right?

ChivalRuse said:
How good is invincible waveland from ledge into a grounded up-b? Grounded up-b hitbox comes out on frame one of the move's activation right?
Click to expand...

If they react good by teching. I back edge cancel the upb on top of the platforms and slide off to fast fall or jump>dair. But it does have some potential to pop players that forget to tech. The upb onto the mid platform. If you see they pop up, just edge cancel the upb on the top platform edge and fast fall dair or bair to get them from teching or rolling on the platform.

Best for fakingg opponent about horizontal stage movement safely at best. Just edge cancel or they will punish the 6 frames of special fall from upb especially if you didn't Knick them with upb.
Last edited: Aug 19, 2016