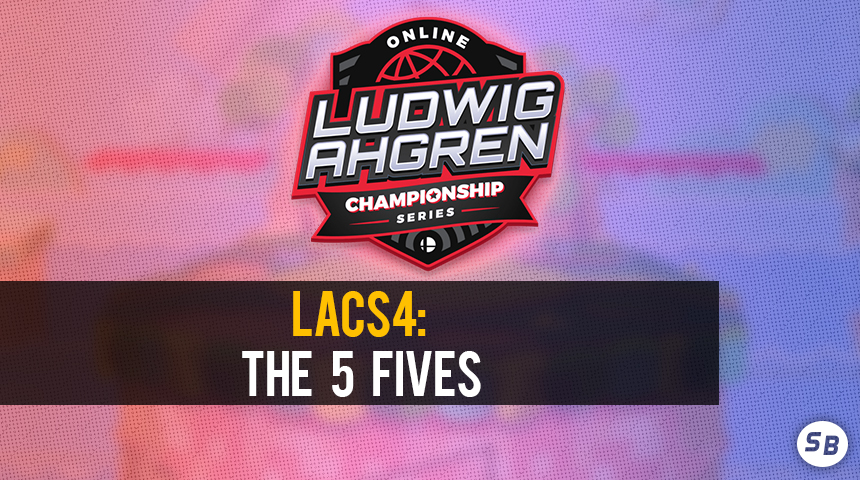 Ludwig Ahgren’s Championship Series was a free to enter online netplay Smash Melee tournament that took place from January 29th to the 30th. The event came at the tail end of GenAssist: a fundraiser to help the TO’s of GENESIS after their decision to postpone.

With 2,422 entrants, the tournament just narrowly beat out EVO 2016 for registered competitors, while also taking the number 10 spot in terms of prize pool. The $30,001 pot edged out GTX 2017 for the 10th place spot. This feat is further compounded by the fact that putting up the money was a solo effort by Ahgren. 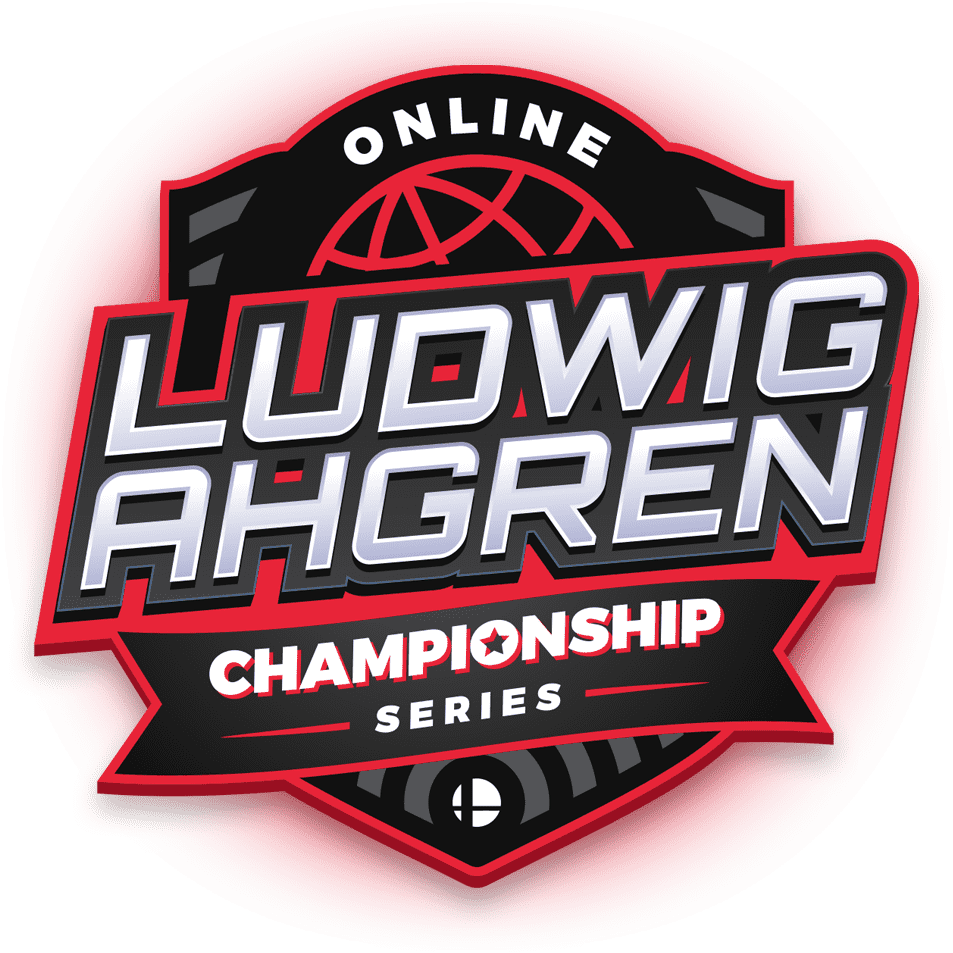 I’m going to run down the top 5 upsets, losers, winners, sets, and takeaways.

Losers:
While Daniel “ChuDat” Rodriguez impressed, Micheal “PudgyPanda” Serpico, Hugh “SluG” Hegarty and Jean-Christophe "Lunar Dusk" Léger-Héroux fell slightly flat.
Of all the solo Sheik mains to make top 64, none of them could place higher than 17th. Some fell well short of expectations, including Zaid “Spark” Ali, “Ben” Strandmark and Kyle “Krudo”.
While a second placement for Joseph “Mang0” Marquez wasn’t unexpected, the fashion in which he accomplished this placement was. He couldn’t even take a game from “Zain” Naghmi, and the games he lost weren’t particularly close.
For Johnny “S2J” Kim and Edgard “n0ne” Sheleby this event could prove that with Justin “Wizzrobe” Hallett on break a Falcon could get an impressive result. They couldn’t really. Johnny got close with a 9th place finish, but n0ne was upset by Joshua “Sora” Lyras.
Both original members of the Summit Skit had unfortunate performances at the tournament. Tristate Fox players Dawud “Aklo” Rahman and Cody “iBDW” Schwab had their runs ended earlier than expected, with Aklo losing to two Ice Climber mains, and iBDW almost self-refuting the argument that he belongs in the “Mang0/Zain tier”, losing 3-0 to Juan “Hungrybox” Debiedma and 3-1 to teammate Plup.

Winners:
With both Prometheus and Christopher “NoFluxes” Fluxes making top 48 the era of multiple Ganon players living in the top 100 may be starting again.
“Swift” had one of the most impressive losers runs to make it into top 12, defeating Jonathan “TheRealThing” Clinton, Joey “Lucky” Aldama, Lunar Dusk, Zac “SFAT” Cordoni and Dylan “Dawson Dougherty in a row. It’s common for recently sponsored players to enter a minor lull, but Swift deviated from the norm with an incredible performance.
If winning the event wasn’t enough, doing so while only dropping two games is an entirely different feat. While in-person Zain has failed to match his online dominance, LACS4 showed that the online dominance still persists.
Three different solo Falco mains breaching the top 12 of this event is nothing to sneeze at. Avery “Ginger” Wilson, Shepard “Fiction” Lima and “bobbybigballz” all came to play with the latter sporting an impressive losers run of his own.
He’s moking, he’s doking. moky takes the crown with the most impressive placement here, finishing 3rd. Wins over Lunar Dusk, John “KoDoRiN” Ko, bobbybigballz, Fiction, Hungrybox and most impressively Plup, the Canadian fox played with a vengeance. If he can continue with results like these then the title for best solo fox in the world may switch hands. 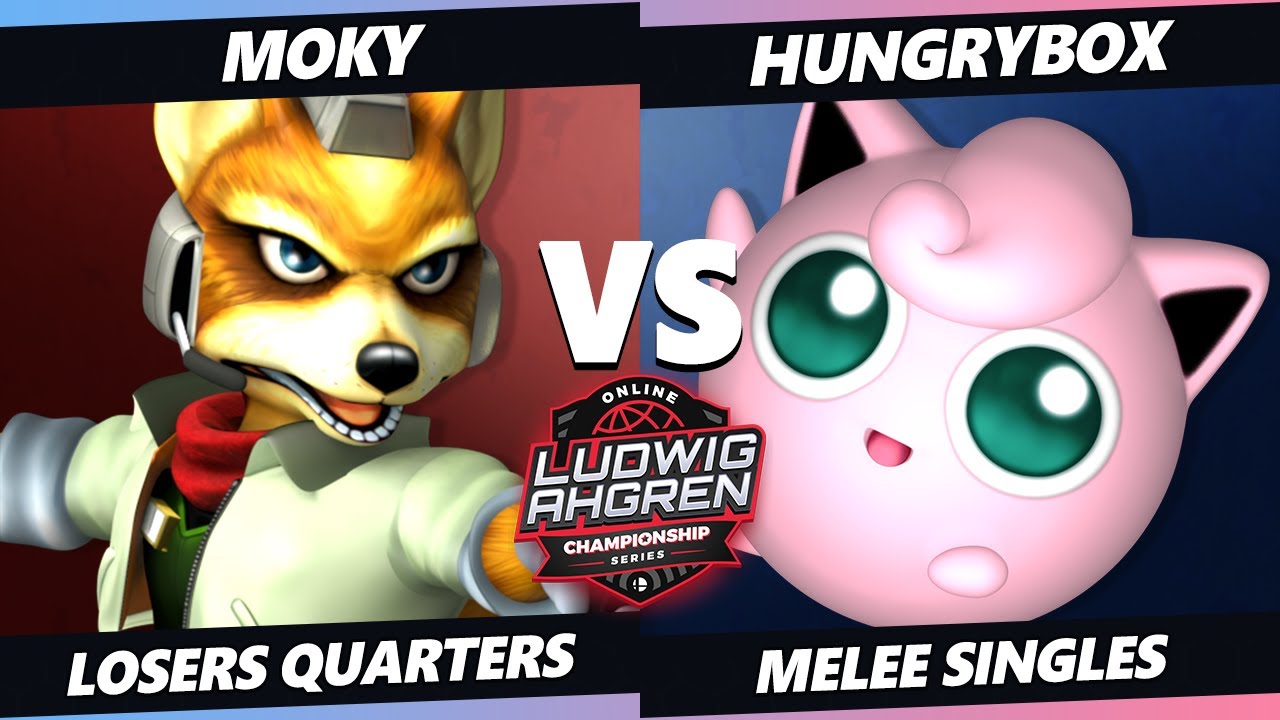 Takeaways:
The results were flashing shades of the early online era Zain/Mang0 dominance. For now it seems that unless Plup, moky, iBDW, Wizzrobe, Hungrybox make some great strides, it will stay that way at least until in person major events come back in full swing.
Possibly the biggest event of the year gets postponed due to COVID-19 with the organizers incurring debts within the six figure range. What is the Melee community’s response? Raise over $20,000 for the TOs and hold the largest event ever.
With many of the extremely large events, a mountain of disqualifications can follow, dropping attendance numbers to just a fraction to what they were before the event, but this was not the case for LACS4. According to TO contra there was only “a 24.4% ‘no-show’ rate.”
Since becoming one of the biggest streamers in the world, Ludwig Ahgren has consistently contributed back to the community that initially propped him up. This includes additional funds to the GENESIS crew, putting up ridiculous funds for online events and networking for Melee to reach a larger audience.
Let’s do a basic list of players that have an argument for top 10. Zain, Mang0, iBDW, Plup, Wizzrobe, Leffen, Masaya "aMSa" Chikamoto, Hungrybox, moky, Ginger, SFAT, KoDoRiN, Polish, S2J, Faceroll, Axe, Fiction, Magi… wait that’s a lot more than 10 people. With 2022 rankings on the horizon it’s likely that in-person events will provide a mad dash for results like we’ve never seen before.

The amount of offline events to occur within the coming months are bewildering. Smash Camp, GENESIS 8, Low Tide City 2022, Pound, The Function 2, Double Down and Get On My Level are all happening before the summer even begins. LACS4 opened the door for what may be on the horizon for Melee to come, and it promises a very good year. 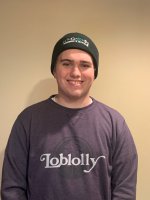 Speedy Sloth
Contributor
Danny "Speedy Sloth" Menton is a writer and commentator from MD/VA currently in his senior year of high school. He loves all the smash games but has a special place in his heart for Melee and Project +.

This event wasn't last weekend... It was 2 weekends ago.

Hydreigonfan01 said:
This event wasn't last weekend... It was 2 weekends ago.
Click to expand...