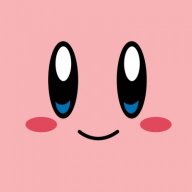 Hey just thought I'd start a thread about the changes in Kirby's Inhale attack since I haven't seen anything specific. There's a lot going on with it this time around.
I've been testing various characters to see all the projectiles he can inhale and I've come across some pretty cool stuff.

First of all, Kirby can inhale projectiles now. These mostly heal Kirby for 1% each, or hurt him. Some he can even shoot back.

King K. Rool
This one was awesome. You can inhale the steel shot from his blunderbuss B-Neutral, but even more crazy is his crown with Side-B. Once you inhale the crown, he loses it and it appears on the ground as an item you can pick up and throw. After a certain amount of time, he gets it back. Not sure what happens if you hold onto it though.

Link(s)
You can inhale all of links projectiles, but the bombs actually hurt you when inhaled.

Samus/Lucario/Cloud
For these guys, you can inhale their shots and swallow them or, if they're fully charged, you can shoot them back out. (Can also inhale Samus' missiles and bombs)

Let me know what else you guys find. 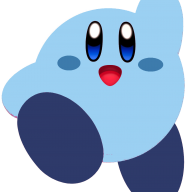 Do you have a list of things Kirby can eat? Like what he can and should eat?

Nintykid said:
Do you have a list of things Kirby can eat? Like what he can and should eat?
Click to expand...
I don't yet, but I will make one! So far it's not very consistent. He gets damaged by Link's bombs but not Samus'. I honestly think that has more to do with the Kirby minigames when you would try to eat a lot of food but not the bombs since those bombs look just like them but Samus' don't. He can also eat Ridley's fire if you're positioned right. Usually it's a bad idea though cause he shoots multiple fireballs.
L

It's probably rarely ever worth it to inhale small projectiles.