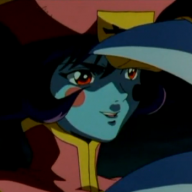 Location
In your wardrobe

So here we are with more K. Rool Resources that'll get buried once people start making more threads on him.
​
Here we have a Kill Konfirm Kompendium dedicated to King K. Rool from the K. Rool Discord, with Kill%s and mash frame data for all to see. We use a Weight Tier system for the Kill%s for easier remembering for players (who can actually remember Kill%s for over 70 characters).

So, what's in it?
What may be added later?
While we have no set schedule for what we lab and what we add, we do have some ideas based on user requests.
So what are you waiting for? Get on there and start to improve your ability with this absolute unit! Soon, DK Island will be no more!
You must log in or register to reply here.
Share:
Facebook Twitter Reddit WhatsApp Email Link
Top Bottom