Yoshi is fun to play as, but usually the one aspect that's most troublesome for me (and many other Yoshis I believe) is landing the killing blow, and on a lesser level getting gimps. Let's share with each other our most reliable and not-so reliable methods for finishing off an opponent's stock. Hopefully we can all see and try ways we might not have before and bring that extra edge to our Yoshi's killing potential. You can be character-specific if you want. If anyone wants to chime in with frame data on setups, like how fast B-air -> U-smash is or something, that'd be appreciated, too.

I'll try to edit in all possible suggestions posted here to build a nice list for everyone to see.

> Grab Release at Edge of Stage after grabbing opponent during their Up-B recovery (no pummeling required) = Snake, Sonic, Mr. Game and Watch

> Troll Setups & Tactics (read: try making these work and we'll fly you to next year's Apex )

NOTE: Attempt Sharky U-air at your own risk. All attempts seem to result in immediate air tripping to your death before U-air comes out, but please continue to overcome this obstacle for Yoshi's sake. 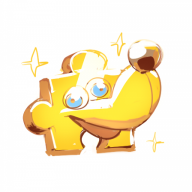 Don't forget CG deaths that we have on some characters. Like Ganon Sheik Squirtle or Falco.
Also, at rare times if they're offstage, I like to Eggtoss and Fair them if they get hit or airdodge the egg.
I'll just use this as an example.
M

On snake you can grab release his UpB and he dies.

Anyone can grab snake from UpB and he'll die, as long as noone pummels.

Not sure what you mean by Auto-Cancel Dair, short hop and about to use it as the animation shows up but we touch the ground and there's no landing lag?

DThrow can easily be DI'd and they most likely will jump away from our Uair, better we just wait to see what they do and go on from there with an eggroll or even egglay to put them even higher in the air.
M

Dair so the last frames of the move are gone before landing, so the last hit is right on the ground but he doesn't have landing lag.

We can almost do it from the ledge. Almost 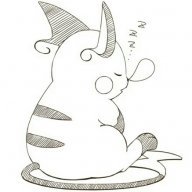 Haven't heard from you in a while Forsworn.
F

Jab1 to Down-B is right. Thanks.

Hmm, I should really apply the chain grab/ grab release shenanigans...I never use them.

@ Scatz: Yeah I quit Brawl for a while then came back to it. I'm usually 60:40 Ness and Yoshi, though. But I've been using more Egg Lay basics and shenanigans and have enjoyed Yoshi much more since. I wonder why someone would remember me, though. I don't remember contributing/posting much on this board. We played some matches (Yoshi dittos?) a while back, right? Nice to see ya again, mate.

I remember everyone. Such why I've been deemed a robot from some other Yoshis.

Also, I believe we did play Yoshi dittos back then (might have been Gindler, don't remember). Glad to see ya again too. 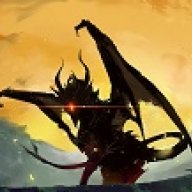 FH(first hit) bair<uair/usmash depends for presents if anything its a good frame trap.
If you know egg lay well enough you can take advantage of the...times they get out for practially anything.
M

Do the Zz combo. Jab twice. 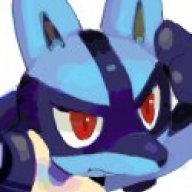 Only a 2 hit jab?! PSHHHHHHHHH!
Lucario can jab THREE TIMES!!

Regarding my second to last post, I played around a bit yesterday, prepping for a tourney tomorrow.

Z'zgashi said:
Hey, at low percents Ive combo'd Jab 2 into Jab 1, then jab 2 AGAIN. THAT'S FOUR JABS, GET AT ME.
Click to expand...
Yea, I mean, thats cute I guess. For a scruuuuuuub!
My lucario combos jabs, INTO UP-B KILLS OFF THE TOP!

and just so I can contribute a bit. Jab- down b and grab release shenanigans were my best kill set ups. =w= 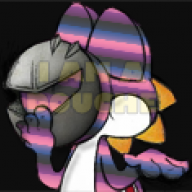 Edited original post to add everyones' input (with extra section at the end ). Can someone help me with the grab release stuff? I got most of it from our Yoshi guide but would like to make sure it's updated and correct. Besides Snake, Sonic, and G&W, who else does the up-B out of recovery, no-pummel grab release work on?

Yoshi if he's out of Up B's 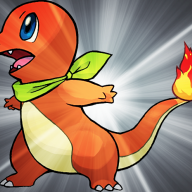 Wait, wait, wait, whats this D-air > Egg Roll > F-air spike? How does that work? (implying I cant test this atm) 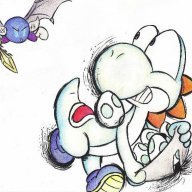 It doesn't actually work like a guaranteed combo, lol.

I realised I necro'd but i dont see a delete button anymore....

You can't delete your own posts.

Anyways, don't worry about it. I just pointed it out because I didn't even realize it at first. XD 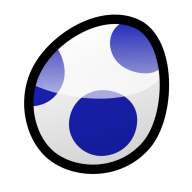 Egg Throw to punish shield - Dash/Pivot Grab > Dthrow > U-air. If they DI away from down throw, pivot grab landing if advancing towards you, throw and egg if retreating. I find after the first D-throw > Uair they start to airdodge the Uair so I bait the air dodge and either up smash or re-grab. 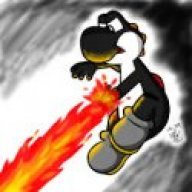 I need help on the olimar match up. Please let me know everything Yoshi has advantages on over olimar.
T

The one and only

This Is all basic stuff. Though you can't really do a Grab release to Ganondorf, and once he exits your mouth, and Is off stage; you can't just do a forward air. It's not that easy. He can just reject your forward air with a up air. What you need to do Is bait him. How? You decide.

Same thing for Sheik. You can't just do a forward air, and except It to work. Sheik can just jump, and air dodge at the exact same time. Then a recovery, and she's back on the edge. Some know how to Di from It, but others have no idea, or even seen this trick even work/exist

MetaKnight: Lmo, I don't know how It ever works, Mk can just Di away, and air dodge, and then destroy you offstage. Again, you need to think.

The others sound about right.