Just some things I do (G&W Tips'n'tricks) 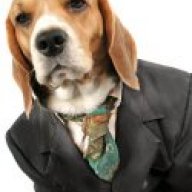 So over the years I've accumulated some habits and tricks that some of you might or might not find useful.
Some of this **** is probably second nature to some of you, but w/e.
So yeah, here are some things I do that I remember atm:

1. When bucket braking, I turn myself around so my back is pointing towards the stage. This lets me use bair to cover my recovery.

2. If I'm hit in a horizontal trajectory(or lower) without having my 2nd jump, and I know I don't NEED the bucket brake, I'll up b right away because using the bucket will stall so long that you simply can't reach the ledge anymore(or get edgehogged more easily.
Example: http://www.youtube.com/watch?feature=player_detailpage&v=k1zlq3Gf6MU&t=396 (6:40)

3. When being dthrowed by Snake(or G&W for that matter), simply getting up and grabbing Snake is really ****ING effective. Utilt should also be tried out on low %, because it sets Snake up for some nasty strings.

4. While having nothing better to do, use bacon.

5. After using bair > dsmash a couple of times, go over to bair > grab. It will work wonderfully

6. Sometimes you should use the bucket to stall your recovery to avoid nasty situations where the opponent will try to grab the ledge, forcing you to recover on stage, setting you up for a free punish.

7. Landing with neutral b is a nice mixup. When you're landing, and you're too low for a fair to come out, a lot of people with MU experience will know that they can basically hit or shieldgrab you. However, landing with bacon has a slightly delayed hitbox that stays active even when landing, and this really throws people off. (The bacon that comes out afterwards also gives you another safety-net if they block the pan's hitbox)

8. When dthrowing characters with good getup-attacks(IE attacks that push you too far away to shieldgrab... snake comes to mind), you should dash away, then back again, and then shield. This will give you skidding momentum that will counter the shieldpush that the opponent's getup-attack will cause, letting you grab them.
Example: http://www.youtube.com/watch?feature=player_detailpage&v=F2iMGYjwAqQ&t=182 (3:02)
9. Utilt vs Wario, use it.

11. I don't care what people think, use Diddy Kong's bananas, and use them well.


BONUSTIP FROM OUR DEAR GERMAN COMRADE SCHLIGGER:
You can crouch under various characters' getup-attacks after you've dthrown them.
Characters mentioned were Snake and Ganondorf, but there are more.
I personally did not know this wtfman. 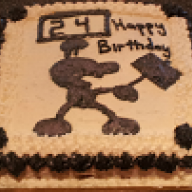 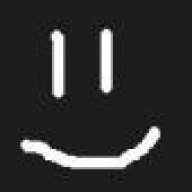 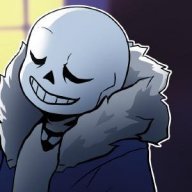 Crouching overall is hilarious. When they try to attack you sometimes and you crouch and punish it's awesome. 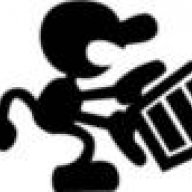 I think the mindgames involved in number 5 are so important to the GW metagame. 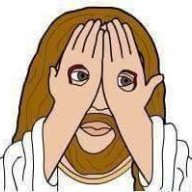 Woah at that bonus tip, never crossed my mind. I'll see if it will make a more opportune moment to use my Side B when i'm feeling lucky.