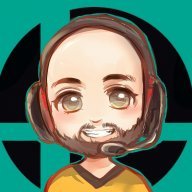 Day 1 (Saturday) @ 2PM: MVC3 and USF4
USF4 will be before MVC3 on Saturday. We will take registrations for them seperately before they start (MVC3 will start at 5PM at the earliest)
Day 2 (Sunday) @ 2PM: Melee

Doors open at 2PM each day, registration at 2:15 to 2:45, tournament starts at 3:15PM.
PLEASE bring a Gamecube or Wii if you have one. Every extra setup makes a tournament go that much smoother. PLEASE try to bring a CRT television if you have the ability to transport one that isn't ridiculously heavy or cumbersome. It won't matter if we have 30 setups if no one brings TVs (DON'T bring a flat screen).

This is a BYOC (bring your own controller) event
Neither I nor Versus will be responsible for any equipment, so keep an eye on your junk people!

* Items are set to off
*Stock and time are set to 4 stock and 8 minutes, respectively
* Starter stages: Yoshi’s Story, Fountain of Dreams, Final Destination, Battlefield, Dream Land
*Counter-pick Stages: Pokémon Stadium
*All matches will be played 2/3 until finals. losers finals, winners finals, and grand finals will be played 3/5
* First stage is decided by stage striking from the Starter Stages. After a rock-paper-scissors in W-L-L-W order. Or if both players agree first stage can be chosen by random from starter stages
*After each match for 2/3 sets the winner may ban a stage. No banning for 3/5 sets
* DSR: You cannot counter pick to any stage you have won on ever.
*Gentleman’s Clause: Any stage may be played on if both players agree to it. This rule takes priority over DSR. Players may NOT agree to change the number of matches to be played.
*Wobbling is legal. Wobbling past 250% will be considered stalling and is not allowed
*If either player calls for a double blind then one or more organizers must be called over. At that point each player states their character to the organizer(s) and the organizer(s) will select the stated characters for each player
*If players can not determine which controller port to be used, they must rock-paper-scissors for priority
*Matches that time out will be determined by the remaining number of lives, then percentage of the current stock. In the event of a percentage tie, the match should be replayed in full. Sudden Death will not count​
Last edited: Jun 9, 2014 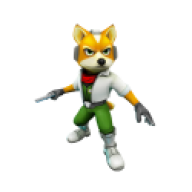 Will there be a PM side event or no?

Deep2 said:
Will there be a PM side event or no?
Click to expand...

Sadly no. But it looks like there will be a PM only tourney the following weekend

Also, I will personally throw in an extra $1 in the pot for each individual that enters the tournament.