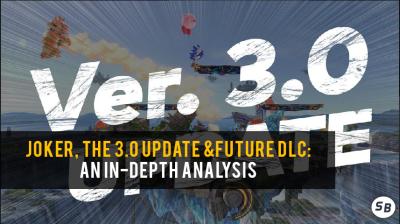 Now that the Super Smash Bros. Ultimate 3.0 update has finally landed, Smash Bros. fans everywhere have been able to play as Joker, the newest fighter from Persona 5 and have made some amazing new stages. Despite the early issues with fan frustration regarding online servers issues, the first major content update for Smash Ultimate has proven to be well worth the wait. For competitive players, trying out Joker and Mementos is a primary focus, while others may be more focused on the next character.


Without a doubt, the reveal of Persona 5 content in Smash showed exactly what makes Persona 5...well, Persona 5. The Mementos stage with changing colors dependant on music, the Phantom Thieves making an appearance, the victory screens for Joker, as well as his Final Smash all give the sense that Mr. Sakurai and his development team have put in extra care to make the Persona series as authentic as possible in the transition to the Smash series, including the musical arrangements provided, which are a mix of popular songs and new remixes. This is hopefully all a prelude to what we can expect in future Challenger Packs, as Reggie Fils-Aime previously has suggested Joker would be “emblematic” of the DLC approach.


Aside from content specific to the Joker Challenger pack, fans have now been provided the opportunity to purchase Mii Fighter outfits of the protagonist from Persona 4 and Persona 3, (and the Morgana and Teddy hats) in addition to the returning costumes for Sonic The Hedgehog characters Tails and Knuckles.

With Challenger Pack #1 behind us, one must wonder what’s coming next for Smash Ultimate. The focus here is on the Fighter Packs themselves, and what fans will get with each one. When Downloadable Content for Smash Ultimate was revealed, Mr. Sakurai went over what would be expected in each pack. Mii Fighters were not specifically mentioned at that point, and are not considered a part of the Fighter Pass, but are clearly shown to be related to it simply based on the fact that all of the content comes from SEGA and their subsidiary company, Atlus.

Another aspect that fans were introduced to on April 16th, was that incoming Challenger Packs would receive their own sets of Spirits for the Spirit Board. Spirits are another point of contention among Smash fans. Do they disconfirm characters? It’s a hotly debated topic, but one that fans may want to think about when it comes to speculating who might make their Smash debut in the coming months. This is our first look at what a Fighter Pack will look like, as well as what additional content will come along with it.

Now, let’s be clear. The Smash fanbase could be considered a combination of fandoms of at least 30+ series with playable representation as well as those without playable representation. With a diverse set of interests comes a diverse set of opinions on Smash, and what should be considered for playable characters, especially with 4 spots left in the Fighter Pass. The content in this article is based on speculation on my own part, and some of my views may be similar to those you’ve seen in YouTube videos or elsewhere within the Smash community. With that out of the way, let’s begin!

(Be aware that this section may contain spoilers!)

Obviously, Joker is a character that isn’t owned by Nintendo. This increases the total of 3rd party playable characters in Smash to 11, including Ken and Richter Belmont. This would bring us to a total of 9 3rd Party franchises in Smash, from 6 different companies. This includes Konami (Metal Gear Solid, Castlevania), SEGA (Sonic The Hedgehog, Bayonetta), Capcom (Mega Man, Street Fighter), Namco-Bandai (Pac-Man), Square Enix (Final Fantasy VII), and Atlus (Persona 5) which is owned by SEGA.


What’s interesting about the 3rd parties in Smash, is that each company (except for Konami, who didn’t have a playable character in Smash Wii U/3DS), also has had Mii Fighter costumes added either with a character, or an update. With the gameplay reveal of Joker, we received costumes from the Persona series, as well as Sonic The Hedgehog. The Tails and Knuckles costumes, which were added to Smash Wii U/3DS, are now back for Ultimate, this raises a few possibilities.


First, the SEGA costumes were revealed alongside a property that is related to their company. This makes sense from a marketing standpoint, if 3rd party companies are going to have DLC, it should be placed together with the new character. Next, if you’re paying for the Mii Costumes, how likely is it that you’d be asked to pay for those characters if they were added as a playable character afterward? Furthermore, if these returning costumes were revealed alongside a new playable character from a separate series, does this mean that other costumes, such as those from Capcom and Namco, would be revealed in a similar manner? The answers to these questions remain unclear. But we’ll come back to this later.


If you’re new to speculating Smash, be aware that leaks exist, and that sometimes datamining can tell us more than we expect. The following speculation is based on information from both of those forms, so beware going forward!


Recently, dataminers found placeholder data for playable characters, including Piranha Plant, Joker, and one other character. This particular third spot was coded as “brave”. The meaning to this isn’t known, but paired with the knowledge of particular leakers, it’s highly speculated to be a Square Enix character from the Dragon Quest franchise. Specifically, it ties into a fighter class that is closely related to the main character of Dragon Quest III, Erdrick. 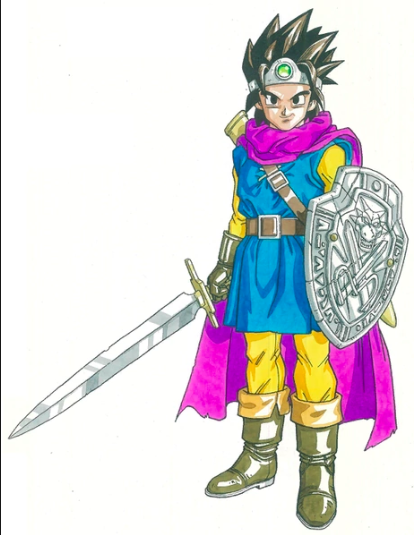 Smash insiders haven’t specifically said it’s Erdrick that will be added, but there’s evidence to support that Dragon Quest will be next up. Should this be the case, and Erdrick becomes the playable character of Challenger Pack #2, we can expect similar treatment to how Joker and the Persona franchise were handled in Challenger Pack #1. There’s potential for alternate costumes, a stage that includes specific aspects of the Dragon Quest franchise, as well as plenty of music. There’s also the fact that Mr. Sakurai himself spoke about the Spirits added with Joker. 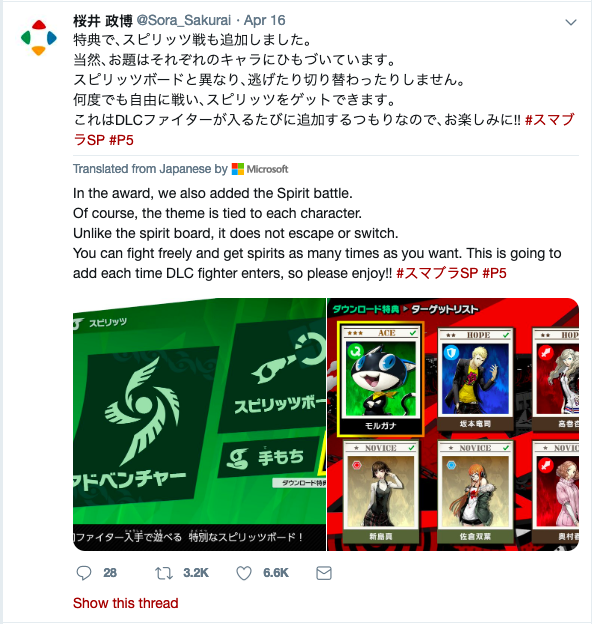 From the man himself, each DLC Fighter Pack will feature a Spirit Board of Spirits tied to each fighter. Here, we see the Spirit Board tied to Joker. Roughly translated, Mr. Sakurai tweeted, “This is going to add each time DLC fighter enters…” This means there will be Spirits added with each Challenger Pack.

The Spirit Debate: Do they Disconfirm?

As previously stated, each Challenger Pack will include new Spirits that relate to the fighter in question. Joker provided an entirely new cast of characters, and incidentally, so would Erdrick and Dragon Quest if he is chosen for Challenger Pack #2. While this doesn’t confirm anything new, there are potential implications for this reveal.


If these DLC spirits are obtained only through the Challenger Packs, then it would imply that they can only be earned by purchasing the packs themselves. This may seem obvious, but it’s worth pointing out that Spirits that show up on this board would likely not already be in the game. For a series such as Super Mario or Kirby, what does this mean for a DLC newcomer? Mario and Kirby both have their main casts, and the Spirits of both series cover most of the important side characters. It makes more sense at this point that, frankly, series with several spirits already in the game would not be picked for DLC, which by extension could hint at entirely new franchises being added to Smash.


Persona as a series, or specifically Persona 5, had nothing in the game prior to Joker being released this month, there was no stage, no music, and no Spirits. Dragon Quest could be presented in a similar fashion. There’s nothing currently from the series in Smash, which would make anything added from it brand new to the series. While there’s no way to determine it as fact for now (we probably won’t be able to do that until the Fighter Pass is completely finished), it makes sense that all Fighter Pass characters would need to generate excitement in similar ways that Joker did, and therefore would have new Spirits that cannot be obtained in any other way. This implies that, yes, all 5 Fighter Pass characters will be from series and/or games brand new to Smash. The reason for this distinction is the potential for a Fire Emblem: Three Houses Pack, or Pokemon Sword and Shield Pack, or perhaps even an Astral Chain character. Any of these three could bring in brand new Spirits, a new stage, and new music.

So what does it all mean?

This is a substantial amount of information to put together. One could assume that Mii Fighter costumes and Spirits will be released with each Challenger Pack, but the role of certain characters, and their chances as playable characters may be related to what was shown during the April 16th presentation. Based on this, I am suggesting the following possibilities for what we could see for the remaining 4 Fighter Pass characters:

While none of this can be proven at the moment, I feel these are informed opinions to at least start with. Some may already agree with this or have thought of it, but certainly it would have potentially restricting implications for the remainder of character speculation for Super Smash Bros. Ultimate going forward with DLC.


Author’s Note: So what do you think? Do Mii Fighter costumes or Spirits disconfirm fighters? Does your favorite still have a shot? Let us know what you think in the comments below! 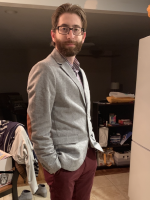 Granted, Capcom and Namco especially have a rich selection of IP that could bring unique ideas to Smash, so I feel there’s a decent chance both companies end up with another newcomer regardless of the Mii Fighter costumes.

Thanks for taking the time to comment!
Last edited: May 26, 2019
While I don't think they deconfirm, I find it unlikely for most franchises with content in the base game to get a fighter via the pass.

As for my most wanted: I already got Joker with Persona 3 music. My life is complete. My only want is getting characters important for larger gaming community and above all, being pleasantly surprised.
I don't think that spirits or Mii costumes deconfirm fighters unless they had multiple things like being an Assist trophy and a spirit
It's funny that you post this within the week where patch 3.1.0 is coming out.
Master Chief and Goku guaranteed.
XDaDePsak said:
Master Chief and Goku guaranteed.
Click to expand...
Yes please
I just want rayman
“The first major content update for Smash Ultimate has proven to be well worth the wait.”

Maybe I’m just harder to impress than some people, but I definitely didn’t find it to be so.
Last edited: May 28, 2019
420% sure Doomguy will be DLC.
I probably will never get SSBU at all but if he gets in i will be really excited.
You must log in or register to reply here.
Share: Facebook Twitter Reddit WhatsApp Email Link
Top