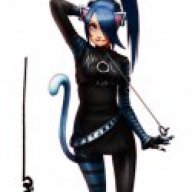 In our fight against tiers and fuse with the sheik boards! Together we shall create a force of sheer numbers! A force to be reckoned with!! Imagine the possibilities!!! The thread should be called sheilda!!!!! Or at least sheik/zelda!!!! Do not pass up this glorious window of opportunity! 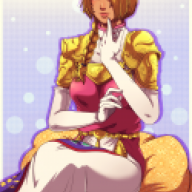 I've been kinda doing this for a while.

If this were to ever happen, SWF would have to create a separate character board for it but it'll never happen. 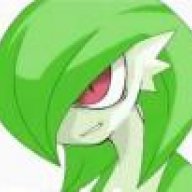 You know, if you truly want this to ever happen you should post about it at the SWF suggestion box.

Took you up on that, and I made the suggestion. Lemme add it to this thread as well because I placed it in another thread without thinking.

EDIT: Made the suggestion. 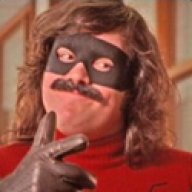 It'll happen when they make separate boards for all the Pokemon.

Thought this was smash boards dealing with brawl. Has nothing to do with pokes. And trying to join them, not separate them.

The only way it'll work is if a separate character board was created. I tried and I think I got shot down like you did. Maybe someday.

Bunch of elitists. It'll happen someday for sure... For now I'm subbing the swf suggestion thread.

ScaryLB59 said:
The only way it'll work is if a separate character board was created.
Click to expand...
No offense, but I think creating a separate Shelda board is a bad idea, that is, only slightly better than the complete merge of the current Zelda and Sheik boards. It'd be dead for the majority of the time. It's also likely that almost all discussion would end up being about Sheik and done by Sheik players, which pretty much defeats the purpose.

However, what I would wholeheartedly support is creating a shared Shelda thread between Sheik and Zelda boards. It would work like this: the thread would show up in both Zelda and Sheik boards and it would always be stickied to stay at the top of both boards. It could be accessed from either of the two boards, and posts made to it would be updated to show on both boards. Think of it like a subforum that is the same for Sheik and Zelda boards, except that it's just one thread.

As far as I'm concerned, this kind of approach would address all the reasons why many don't want a combined forum while still giving those who do everything they want it for. It would be easy to find, occasional silent times wouldn't matter much, it would allow solo-Zelda, solo-Sheik and Shelda players all discuss things together easily, it would be easy to moderate by the current mods of Sheik and Zelda boards, it wouldn't be too big of a change from current situation and wouldn't take anything away from anyone. As far as I see, this kind of Shelda discussion place has no downsides. In fact, I'm going to go as far as to say that the only reason I can think of for it not to be implemented is if it isn't technically possible to create this kind of shared thread with the current SWF software.

Or that's what I think right now. If you disagree and I've overlooked some fatal flaw or serious problem, please tell me.

Edit: reading through the suggestion box, it seems I'm not the only one who thought this.