Is BIDOU worth it? 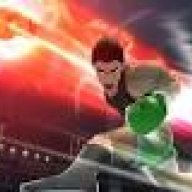 I am considering asking for a Wii U Pro-Controller for christmas for the purpose of practicing the BIDOU tech (I cant use my GamePad cause my the broken amiibo reader causes the pad scree to go black everytime I load the game). I want to learn it because as a Little Mac main I need to practice techniques that will fluidly give me good spacing and approach options especially against characters like Ryu and Cloud who are tricky to approach as Mac. I basically have one question. Is the controller configuration easy enough to get use to for regular FG and tournament play or does it take a while to actually get a good feel for it? 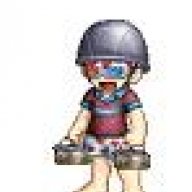 Takes a while. But the techs seem worth it.

Keep in mind I'm currently getting bodied 24/7 tho so idk.
N

I highly disagree with the use of bidou
Sol, the top mac player, tried it out and decided against it.
As for why, I didn't ask.
Imo bidou is bad because I think C stick set to attack is the most optimal setting because it makes frame perfect up airs too easy (compared to needing to manually input frame perfectly so it doesn't turn into up smash)
Although not 100% necessary as mac, up air is a very good combo extender despite what some might say. (It can steal jumps and that guarantees the next hit)
Again, not 100% needed as mac,
It also allows for nair while holding forward and doesn't change your momentum in any way,
(Smash and special requires you to set your movement stick to neutral which slows your momentum )
and this no-momentum-change-nair allows for some occasional jab lock combos and those hurt.
Most importantly, it makes perfect-pivots up tilts, frame perfect, and easy to input (provided you can perfect pivot and its very helpful to be able to perfect pivot on command without set up)
Pp up tilt is by far one of mac's best tools because it combos and starts combos
All bidou tech can be done without bidou and the ones that can't be done without bidou are really not worth the switch
Yes you get some neat tricks, but in the end you lose more
Last edited: Feb 17, 2017 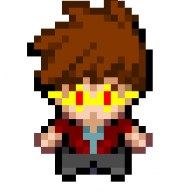 This isn't entirely related to your question but I have a question myself and idk where else to ask. I want to somehow change the 3ds controls so that I can decide what the 3ds c stick is mapped to. I don't need it for smash attacks and I would like to assign it to specials so that I can use bidou. It's possible for bidou to be used on 3ds but at the expense of taking away your standard attacks and specials until you release bidou. I would have my control set up as follows: L-grab R-special Y- jump X-jump B-special A-Attack
XL would be my only shield button but I'm okay with that. This set up would feel extremely similar to my GC setup on WiiU so muscle memory would work fine of both setups and bidou would feel natural on 3ds. Any help is appreciated, as for bidou being worth it I think it is so long as your bidou setup is as close to your original controls as possible
N