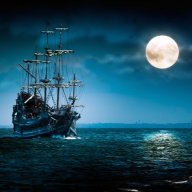 Hey all, I was a Sheik/Zelda main in Brawl and am loving this new game Ultimate. Can we talk about b-sticking? I tend to like being able to approach and juggle and it seems like the main draw for b-stick is basically to assist b-reverse phantom. It's at the cost of accessibility of some good grounded options like u-smash and d-smash and limits the flexibility of d-air offstage and micro-spacing of u-air. Basically I think b-stick causes Zelda's up close game to suffer.

Curious about your thoughts...

Does Zelda really need to be able to jump back and b-reverse phantom? Would a run back and RAR phantom satisfy her spacing needs?

The benefit would be that Zelda can space her smashes better in aggressive situations and create more situations where she is at advantage.
S

I value the tilt stick, so I don't use this control scheme myself, instead I do RAR Phantom the traditional way. As for RAR Phantom, I think it's need is situational and MU dependent, but is still good to learn. It can help with setting up a wall against projectile spam, but will also be useful for setting it up as a ledge trap against characters like Pit, who will often throw out a quick projectile before recovering low. That way you can still setup the ledge trap, without being interrupted by a projectile.

I think RAR Phantom is useful enough to try learning the traditional way and that setting your right stick to special, is giving up too much elsewhere, but I guess it would come down to personal preference. If you don't use the right stick for anything else, than I guess you might as well use it for Phantom.
You must log in or register to reply here.
Share: Facebook Twitter Reddit WhatsApp Email Link
Top