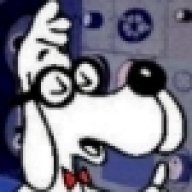 Location
Being a good little conformist

Double whammy! Smash World today is officially introducing two new projects that have been in the works for months, and if you ask me, they're really cool.

The first is called SmashWiki--as the name implies, it's a wiki devoted to Super Smash Bros. We plan on encompassing all sorts of information about all the games in the Smash Bros. series, characters, stages, items, techniques, smashers, crews, tournaments, the community, and essentially everything that makes the Smash community the kind of place it is. We're not just putting together a comprehensive source of information about Smash Bros. and the components that make it up: we're documenting the history and development of our community and the people who make it what it is. This is an ambitious project, but it's been unofficially up and running since July of last year or so, and we're ready to invite everyone to come on and contribute.

What's really cool about this is that SmashWiki is integrated with the forums so that you only need one account to access both. So if you're reading this, you're almost certainly ready to start editing. Just go to smashwiki.com and log in. A word of advisory, though: before you dive in, you may want to read our Help files to get a sense of how things will be working. There's a core of people who have been really active on there and have done a lot to give us an awesome starting point, and they deserve a lot of credit for that. Please make sure you're helping us in that regard, and I don't think we'll have any problems.

One less interesting note: you should almost definitely be able to log on with your Smash Boards account. If you can't, it's either because you have a problem with your username or there's a bug in the code that links the databases together. Either way, please just send me a PM about it--don't make a new account or anything like that. It's important that we get bugs resolved for everyone's sake. But by all means, enjoy.

The next project we've been working on is called the Smash World Podcast. Also relatively self-explanatory, this is going to be a semi-regular podcast covering news about Brawl, tournaments, the boards themselves, and just about everything in between (we actually introduced the wiki in the first episode). Like the wiki, it's been in planning for awhile (despite what a certain thread in the Pool Room might imply) and is set to rock. Scav and I hosted the first episode, and since we had little clue as to what we were doing we're anxious to hear your feedback. Take a listen over at the blog and let us know what you think.

As you can see, we're still in high gear here at Smash World and moving forward toward Brawl's release. Don't expect us to slow down anytime soon.

As always, if you have any questions about any of this, feel free to send me a PM.