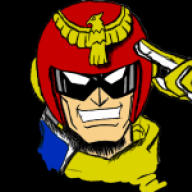 ive been playing falcon for quite some time now and I feel the need to play someone else. I found Greninja to be really fun and I really want to learn about him, now where do I start? 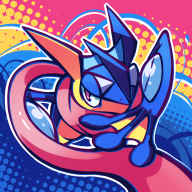 Forget everything you know about falcon 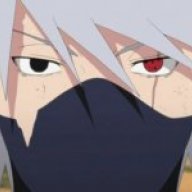 Good luck. If you don't quit using him within two weeks I will be impressed. 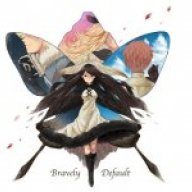 I'm gonna go off on a limb and actually be helpful. Although TTYK's post makes sense since literally everyone has been like "Oh iStudying! I main Greninja now! Oh buffs! I'm DEFINITELY playing Greninja!" And then drop him immediately cause effort.

Get accustomed to his movement, Greninja's really fast in both the ground and the air and he jumps pretty high, which is amazing, but on the other hand he has start up on most of his safe moves. Essentially you can't just be like "I wanna go to the left!" as greninja, you have to be like "I wanna go to the left, enough so that as I land I can either dash away if I need more space, or I will have enough time to use my Fair and threaten my opponent". You can't just "I'm gonna get closer to him and hit him!" You need to know precisely when you're gonna jump, if you're gonna Fair him, Nair, fake him out and just land and grab him, or zip away using Hydropump, out of many other possibilities. Learn to be in and out of your opponent's range, you want your opponent to mess up so you can get past Greninja's start up. Unlike Cpt Falcon who can rush opponents down, Greninja is more of a bait and punish, hit and run, tricky character. Having good movement is crucial. Thankfully greninja has a pretty alright foxtrot and therefore decent dash dance and GREAT perfect pivot distance, perfect pivot tilts are amazing.

If you Fair, your Fair needs to be properly spaced and TIMED, Fair has start up, a good amount, and if you Fair your opponent on his face, you are just gonna get shield grabbed or you might just Fair the air above your opponent or even get anti aired before Fair comes out. Nair is unsafe on shield for the most part, so it's important that you try to cross up your opponent with your Nairs. Nair also has two hitboxes a sweetspot right as it comes out, and a sour spot that comes out later. They both convert really well into different things at different %s, so to add to the "I'm gonna run up to him, when I think I have time to get my Nair out [you wanna throw your Nair as you position yourself to adapt to your startup] cause my opponent has windows" the fact that if you think he's going to shield and you still wanna nair, you have to cross him up).

I guess get used to your new grab.

Greninja has Water Shuriken, therefore in a lot of MUs YOU DON'T HAVE TO APPROACH. Greninja can get stuffed out easily, if you can get your oppponent to go up to you, Greninja's in a much better position since it's easier to find windows to combo.

Finally, learn Greninja's extensive combo game. Don't panic with footstool stuff just yet since that can take a long time to learn but certainly learn you low percents B&B and your kill combos. Uair spikes are not too hard to learn and are amazing.

Here are two links to help with those combos, these are sort of old and there's some better stuff out there but it's a good place to start:

TL;DR:
Get used to Greninja's movement options
Get used to Greninja's Start up: learn to SHFF Fair as you retreat to keep spacing and learn when to fast fall so you actually hit. Learn to SHFF Nair crossup.
Greninja's Dash grab is slightly worse than Cpt Falcons but is still great.
Get used to using your projectile(one of the best in the game) at different spaces, learn when using shuriken is a commitment.
Learn to be in and out of your opponent's range, this requires good ground footsies so if you can't foxtrot or extended dash dance you might wanna get on that but you can also just get good at moving with more limited options(running into shield and then jump OOS). Perfect Pivots are godly with Greninja too.
Use your movement to find windows to land your combo starters(Nair, Utilt, Dtilt...)


And this is not even half of all the weird tricky stuff Greninja has up on his arsenal. Which is why people drop the character. 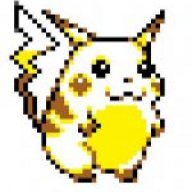 Does anyone have more up to date info on the footstool combos? I thought they changed water shurikan's stall a little to prevent a certain combo, but I don't know exactly how that changed things. 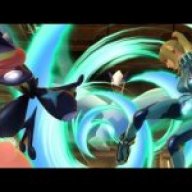 Megamang said:
Does anyone have more up to date info on the footstool combos? I thought they changed water shurikan's stall a little to prevent a certain combo, but I don't know exactly how that changed things.
Click to expand...

Oh. That must have been right after the patch I read that, and someone was merely placebo-ing, couldn't hit the combos, and posted it as fact. Sorry guys.
You must log in or register to reply here.
Share:
Facebook Twitter Reddit WhatsApp Email Link
Top Bottom