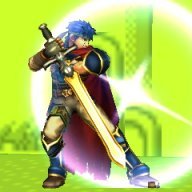 Hey so i've been having a lot of trouble with the Shiek matchup, and was wondering if anyone had any insight or advice to help the neutral game vs her. It's very frustrating when she can duck under my grab, and QD attack, even my fastfall BAir which i use A LOT to catch people off guard after i jump. It seems like i'm forced to play very patient and make her approach me, and punish her with fadeaway aerials. Her edgeguards are also amazing on Ike considering her needles and semi-sex kick BAir which can cut off my aerial QD recovery very easily. When it comes to edgeguarding her it's pretty simple, and i can do it most the time, i'll just grab ledge, and if i'm under 100% then i neutral getup and down smash, and if i'm over %100 then i just ledgedash punish on reaction or QD from ledge. The hard part is really just getting her offstage. Her quick aerial hitbox (FAir) is super annoying, since Ike has no quick aerials in front of him, so it ends up me having to bait approaches or get reads the entire game, and if she wants to just sit back and charge needles, there's not much i can do but try and approach and get CC'd, Grabbed, or Tilted/FAired.

Anyone else having trouble with this matchup? Or have any insight on how to play the neutral better?? Thanks.
S

That MU can get tedious thanks to the things listed above. I actually saw a sheik playing like that very recently. Look up a player named Book Keeper. He took 2nd at SoCal's most recent Arcadian. Let me know if that's the type of thing you are referring to. If it is, I suggest fighting fire with fire. If you see her crouching in front of you ready to CC, you can use your d tilt to stop it. At lower % your dtilt will put her into forbidden DI to follow up. You can also angle your f tilt down to push her back even while CCing so she can't hit you back. Sheik can only duck under Ike's grab f you aren't close enough. Her crouch had her a$$ lifted up slightly so if you reach out during your grab you will only miss if your arm goes over her head. Get closer and you can grab dat a$$ every time. Depending on how aggressive the sheik is or how defensive they are you can get away with well spaced Aerials or even get hit confirms off them. Sheik's dash attack hit box and boost grab boxes are located on her chest. Not in front of her. So space yourself well to avoid wiff punishes.
Last edited: Aug 29, 2016
You must log in or register to reply here.
Share: Facebook Twitter Reddit WhatsApp Email Link
Top Bottom