If ultimate have customs moves. 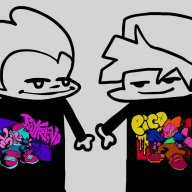 It's actually my first time making a custom moves idea.
I also won't include charcters with original custom moves (however i will make them only if they have new moves)
Anyway, here are some.

My first one is Snake
Neutral 1: Hand Grenade
"Throws a grenade that detonates after a short time. Holding the button can delay the grenade toss."
Neutral 2: Dizzy Grenade
"A grenade that stun opponents. It explode quickly, But does less damage."
Neutral 3: Big Grenade
"Bring a Big Grenade that does more damage and knockback, but it's slow when it detonates."
Side 1: Remote Missile
"Shoots a missile that files forward. The direction can be adjusted while it flies."
Side 2: Homing Missile
"Shoots a missile that lock-on enemies, Does less damage."
Side 3: Tranquilizer
"Shoots a dart that makes opponents sleep."
Up 1: Cypher
"Grabs on to a Cypher and flies up into the air to avoid attacks. Pressing down causes Snake to let go."
Up 2: Glitchy Cypher
"Grabs on to a Cypher that does more damage than Cypher, But explode quickly and dosen't send him high."
Up 3: Quick Cypher
"The Cypher sends him really high, But does no Damage. Instead, it can push opponents away."
Down 1: C4
"Plants an explosive on the ground or directly on an opponent. Using down special again sets it off."
Down 2: Meteor C4
"Plants a C4 that Meteor smash opponents, But does less damage. If planted on the ground, it will make foes trip."
Down 3: Time C4
"A C4 that explodes and does more damage, But the detonation is slow."

There You go, his custom moves. I'm still thinking and working on the other characters.
Anyway Goodbye and I will see you next time.

Hey, there was a thread a while back describing a hypothetical situation where the Echo Fighters have their templates' custom moves. Go check it out if you're curious.

thanks i will check it out

It's time for young link
Neutral 1: Fire Arrow
"Fires an arrow. The longer the button is held, the stronger the shot."
Neutral 2: Ice Arrow
"It's like Fire Arrow, But it freezes opponents."
Neutral 3: Trick Arrow
"The arrow that makes opponents trip, meteor smash, and pound shields. Does less damage though."
Side 1: Boomerang
"Throws a boomerang. He can even throw it diagonally. A flick of the stick can change the power and distance."
Side 2: Speed Boomerang
"A boomerang that goes faster than the original Boomerang, But does not return to him."
Side 3: Attack Speed Boomerang
"The boomerang that he throws does less damage. But when it returns, it gets stronger."
Up 1: Spin Attack
"Spins with his blade outstretched. Can be charged if used on the ground, and acts as a jump if used midair."
Up 2: Fiery Spin Attack
"The blade is on fire when you charge it on ground, or midair. However, it does't go very when used in midair and it have more charge up."
Up 3: Tornado Spin Attack
"While he spins, It pulls opponents in, and have high recovery, But does less Damage."
Down 1: Bomb
"Pulls out a throwable bomb that explodes on impact or when the fuse runs out."
Down 2: Flower Bomb
"Instead of knocking foes back, It plants flower on their heads."
Down 3: Item Bomb
"While the bomb does more damage and knock back, It can also be use as a item."

There his custom moves. next i might be doing a next character.
Let me know which move is great.

Now it's lucas turn
Neutral 1: PK Freeze
"Launches a projectile that freezes enemies. The projectile's path can be controlled."
Neutral 2: Quick PK Freeze
"It charges quickly and travel farther, But it does less damage."
Neutral 3: PK Love
"It's like PK Freeze, But it does more damage. Doesn't freeze though."
Side 1: PK Fire
"Fires light that explodes when it hits, erupting into a column of flame that launches enemies."
Side 2: Explosive PK Fire
"Fires a bolt that explodes. Doesn't travel far, but does more damage."
Side 3: PK Paralysis
"Instead knocking foes back, it paralysis opponents. Does less damage though."
Up 1: PK Thunder
"Fires a steerable ball of lighting. Sends Lucas flying if he hits himself."
Up 2: Fast PK Thunder
"A projectile that sends Lucas farther, But does less damage and does not hits opponents multiple times."
Up 3: Auto PK Thunder
"The ball does not appear when used, But he flies with out using it and does more damage."
Down 1: PSI Magnet
"Absorbs energy-based projectiles and weak explosions. Activates faster and heals more than Ness's."
Down 2: PSI Counter
"It doesn't absorb projectiles, But instead, It reflects."
Down 3: PSI Hypnosis
"It still absorb projectiles, But it can also put opponents to sleep if there in the field."