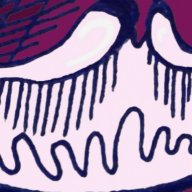 ICONOCLASTIC SMASH BROTHERS~SHARING MY CONCEPTS WITH THE COMMUNITY​
So I've been working on this Smash Bros~related Google Doc and I figured, why let it go to waste when I can share it with my Smashboards brethren? While its still a WIP, I'd imagine that posting it here before its finished could actually be beneficial to its overall quality.
This might seem a touch ambitious, but I wish to establish a community (no matter the size) around this project, where we can suggest characters, concepts and more for this hypothetical game. The best thing about this project is that its improvisational; meaning I can easily adapt to any of your guys' concepts if I see fit.
The project can be found with the link provided; https://docs.google.com/document/d/1xEAuxF4LSHckSxuQo4n2gD0H0ECgzbUYdM_QPxFl32U/edit?usp=sharing
I'll edit the OP whenever I finish a character description or add another major feature. Hope you enjoy and ask me anything if you have any questions!
~E1: The tyrannical leader of the Koopas, Bowser has joined the battle!
Last edited: Mar 31, 2019
S

I saw this and I really like it! I recently created a different moveset for Yoshi.

SmashBOis723 said:
I saw this and I really like it! I recently created a different moveset for Yoshi.
Click to expand...
I'm glad you enjoyed!
You can post your moveset here and (with your permission) I can include your moveset as part of the custom moves!
Last edited: Apr 2, 2019
S

I wouldn't mind. You can use it if you want, though mine aren't really all that good like yours.

Introducing everyone's favorite green dinosaur sidekick, it's Yoshi making an "egg"-cellent appearance from the Yoshi's Island series. Yoshi is a happy-go-lucky fighter who honestly doesn't care whether or not he wins or loses. He's only here to have fun! And he brings various abilities to the table, such as his ability to swallow opponents and spit them out as eggs and use his long tongue to tether onto ledges.

Yoshi extends his long chameleon-like tongue to grab and swallow opponents, laying them out as eggs. Yoshi can either just lay them out and possibly over an edge. Or, if players hold down the special button, Yoshi will instead hold onto the egg to throw it. You can aim it with the joystick and press A to throw it. The opponent's weight factors into how far and how strong the egg toss will be. For example, swallowing Pichu and throwing its egg, it'll travel pretty far but be weak. And if Yoshi swallows a heavyweight fighter like Bowser and throws his egg, doing heavy damage but not traveling far. The more damage the foe has, the more difficult it will be to escape from their egg prisoners. Yoshi is also able to swallow up projectiles and items, and can either throw them as eggs or spit them out. This move is a callback to what the Yoshi species is known for: swallowing enemies and spitting them out as eggs.

Instead of extending its tongue, Yoshi opens his mouth and spits out bubbles. If the opponent touches the bubble, they'll become trapped in the bubble, which will then began to slowly float upward to the upper blastline. The opponent trapped have three methods of escaping: A. If Yoshi or another opponent attacks the bubble. B. If the bubble hits a wall or trap, like Isabelle's Lloid Trap. C. By wiggling out. The more damage the opponent has, the opponent has more difficulty escaping. Yoshi is also able to trap items and projectiles, but instead if ascending like it does when it catches opponents, it stays there. If anyone, including Yoshi, touches the bubble, they'll be damaged with the projectile/item inside. Yoshi can only have five bubbles out. If he tries to create more, the old bubbles pop. The bubbles also pop on their own after a while. This is a reference to the Blue Baby Yoshi from New Super Mario Bros. U, where this baby Yoshi spits out bubbles

Yoshi opens its jaws and projects a beam of light from his mouth like a flashlight. The light doesn't affect opponents turned away from Yoshi. But if the opponent is staring at Yoshi, they'll be stunned and their controls get switched for a little while. This move is none damaging. This is a reference to the Yellow Baby Yoshi, which has the ability to illuminate areas.

Yoshi encases himself in a large egg before rolling himself at the foe. The egg shatters upon impact with an opponent, wall, item or projectile. When this happens, the egg breaks apart and creates eggshells on the floor, which acts like a damaging unflinching trap, damaging anyone but Yoshi who steps on then. Yoshi can create up to three eggshells, and trying to create a fourth one will cause the oldest eggshells to disappear. They also disappear after a while. If Yoshi rolls in his egg and doesn't hit anything, he becomes dizzy and will be left open for attacks. This a reference to the eggs Yoshi lays and throws, and the eggshells are a reference to the phrase "walking on eggshells."

Yoshi's cheeks begin to swell before he shoots a fireball, which travels quick across the stage. Holding down the special button, Yoshi can charge this move. Yoshi's face start to turn red the longer he charges it. The limit is up to three large fireballs. This a reference to Super Mario 64 Ds, when Yoshi uses a Power Flower.

C2: Shell Spit
Yoshi's cheeks swell up before he spits out a shell, which is able to bounce off opponents and walls, including Yoshi. Yoshi can spit out three different shells: Green, Red, and Beezly. The green shell is the most basic out of the three, traveling around average speed and doing a small bit of damage. The red shell is the annoying one out of the three, as even though it doesn't cause much damage, it chases after opponents, including Yoshi. Beezly Shells are the rarest one of the trio, being the quickest and strongest shell. This is a callback to whenever Yoshi swallows a foe, he spits out the shell.

Up Special: Helicopter Yoshi
Yoshi transforms himself into a helicopter, being able to move around freely. Anyone who touches the blades on the "Yoshicopter" will of course take damage. The recovery only lasts a few seconds before he transforms back and goes in a helpless state. This is one of the different transformation Yoshi transforms in various games.

Yoshi becomes encased in a large bubble that moves upward. The bubble can be moved left and right. Yoshi has 5 seconds, the timer from Yoshi's Island appearing on Yoshi's HUD, before the bubble pops and Yoshi gets put in a helpless state. This is a reference to an infamous moment in Yoshi's Island, where if Yoshi gets damaged, Baby Mario gets encased in a bubble and start crying.

A P-Balloon appears below Yoshi, and once he touches it, he inflates and bounces upward, slowly floating down. Yoshi deflates after a few seconds and gets in a helpless state. This is a reference to the P Balloon item from Super Mario World, which was the game Yoshi made his debut in.

Yoshi jumps up and does a ground pound. Two small eggs pop out on both sides when Yoshi does this. This move is able to bury opponents. This is a reference to the Ground Pound move from Yoshi's Island.

Yoshi shoots out his long tongue to an opponent. If this moves contacts with a foe, instead of bringing them to Yoshi, Yoshi slingshots himself at them, delivering a powerful headbutt upon contact. This is based on Yoshi's long tongue.

A counter move, the Pink Baby Yoshi appears in front of Yoshi. If anyone dares to hit the baby Yoshi, it will counter attack by inflating to a large size, bouncing foes away and pushing Yoshi some. This is a tie to the last Baby Yoshi from NSMBU, which uses its ability to float players over when it inflates. While this could've been used as a recovery, I decided to be a bit more creative.

Final Smash: (kinda had two in mind that I could be fine with either with.)

Yoshi uses his tongue like a grappling hook to pull himself up off the screen. An egg shaped reticle appears on the screen, and pressing a button or letting time run out, Yoshi throws the Mega Eggdozer, which bounces around the screen. Reference to the ability from Yoshi's New Island

When this FS activates, the sky and background appears around the stage turns pitch black as a large Baby Bowser appears from the background, letting out a loud roar, spitting out large fire balls the fall from the sky, similar to PK Starstorm. The FS lasts a few seconds before Baby Bowser disappears. This is a reference to the Baby Bowser boss battles in Yoshi's Island.