Request I want to know how magicscrumpy was able to change the attack ratio in this video. 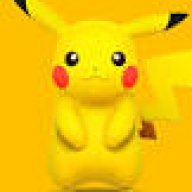 I want to know how he was able to do it and how I can do it myself. This would open up huge opportunities, such as:
The Rage mechanic (from SSB4 and SSBU)
Making something like Swords Dance and Calm Mind from Pokemon
etc. etc.

A variable can be used for many things, and is very useful for transformations or different modes, Such as Project M Lucas's Offense Up Here's what I do to fake them. I'm going to be giving Luigi a lightning mode.

How it will work:

At the end of down B, Luigi will be struck with electricity, which will power up his next attack.
To incorporate this, we will be using UnclePunch's If-Statement Subaction Event, and Achilles1515's character data mods code.

To start, I'm going to make the end of down B set his shield break initial velocity (at character data offset 0x01A4) to 2.3, this offset will be used to hold our fake variable.

The character data mods code to do this would be:

Next, on the move you want the variable to modify, you can use the if-statement event to check a byte of the character's shield break initial velocity.
Currently the code only works with the byte data type, so our code would be like this:

This code would check the final byte of the float


I hope this helps you, it will be a little different based off what you're doing, but it can be used to modify most of the stuff in Character data
You must log in or register to reply here.
Share: Facebook Twitter Reddit WhatsApp Email Link
Top