I have had a cute Super Smash Bros. IV dream 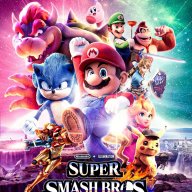 I think it was the IV because the current DLC (like Joker) were available and there were some new characters.
First of all the trophies were back but they were called monuments, and the stickers were called badges, but theyworked the same way as usual, eccept that if you fight an opponent with a badge and win you get their badge, but... If you fight an opponent while using a badge and lose, you lose your badge.
There was this "city construction" mode, which was like Sim City/Animal Crossing sort of:
There was this bare town had to help growing up by placing monuments here and there at your discretion. To buy monuments (some were even pixellated but in 3D) you had to gain money by fighting the opponents you might find on the streets. Monuments will attract stronger fighters with some characteristics matching the monument (series,size, colour and so on).
A lot of the opponents, expecially in the beginning, were the Mii Fighters of the programmers of the game, wearing clothes matching their badges, but as the city grew up more and more characters from the actual roster did appear, matching the colour of their badges too.
For example this was Joker: 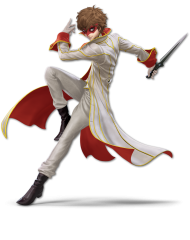 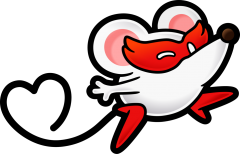 At an advanced stage the city landscape was kinda like this: 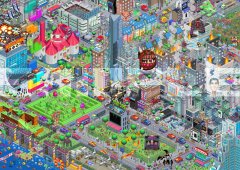 Also, the badges were held in a heycomb grid with seven spaces, a central one (obligatoryly filled first) and six periferical. Each badge, besides their property, had bonus and malus on the other badges next to it.
There were other things but right now i can't remember them.
Last edited: Nov 28, 2019
You must log in or register to reply here.
Share: Facebook Twitter Reddit WhatsApp Email Link
Top