I have a little annoucement to make

#1
This is really just something rather personal and probably doesn't even need a topic for it. But I feel like doing it anyway, so...

Well, as nobody really knew (like, nobody, even just a few in my own "region), I've always used Bowser more than Yoshi. In Melee and Brawl. But I've always considered Yoshi my true main because I like to stay loyal to my first main back in the 64 days and all, but the truth is, it seems I'm really just better with Bowser, lots of people say that and think Bowser is my real main. Heck, in every tournament I've gone to, I've only used Yoshi about 2 times and did awful...guess I'm just not ready for him YET.

So, peeps, I now declare Bowser my true main TEMPORARILY until I get better with Yoshi and start plowing in tournaments with him (trust me, it can't be that long, give me a month and I'm there). I'll still be using Yoshi, but on a lower profile. Maybe in the end their roles will reverse again and Yoshi will rise from the ashes.


Oh, if only I didn't suck with Yoshi in tournaments. ;~; There are a few Yoshi players that inspire me, but they're awesome. ;~~; 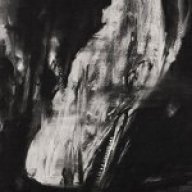