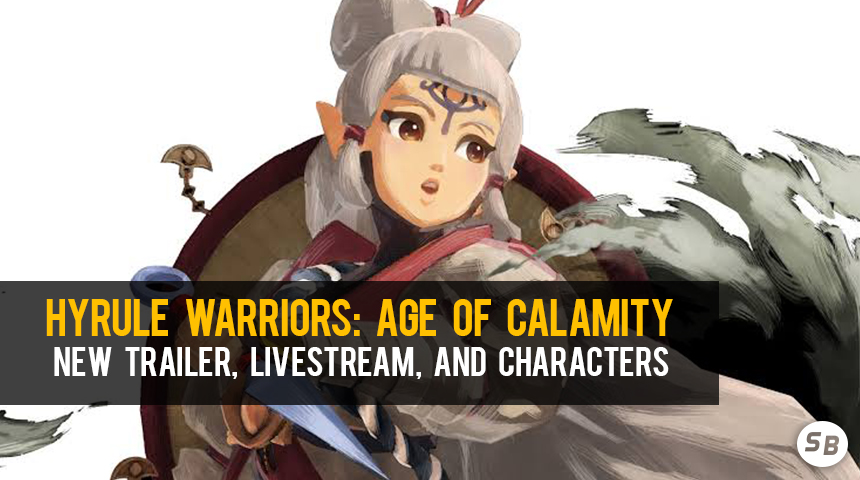 
First shown during the showcase was an official trailer called Champions Unite! where we saw some gameplay footage of Mipha, Daruk, Urbosa, and Revali as well as snippets of the story that unfolds. Up until this point, we knew very little about their abilities so it was great to be able to see them in action - even for a few seconds.

In the livestream, we got a sneak peek of how Link, before he becomes a Champion, plays. We also learned that he befriends a Sheikah-like construct who was able to summon a Sheikah Tower to air Link. We also got a glimpse of how Link received the Sheikah Slate and met Impa. Link is capable of using various Sheikah Slate abilities such as Remote Bombs and Freeze thanks to this. The gameplay seems highly reminiscent of the original Hyrule Warriors games with players having to secure enemy strongholds and defeat strong enemies. Link can collect items and resources while fighting the forces of Calamity.

Finally, a new hero was revealed in the form of Impa, the 100-year younger version of Impa we originally met in Breath of the Wild. She utilized various Sheikah abilities such as creating doppelgängers and using talisman in battle. Her addition shows other characters from Breath of the Wild finally getting a spotlight during the tragedy that befell Hyrule.

Author’s Note: Seeing Impa in action is certainly amazing and hopefully we get to see even more characters get featured as time passes. Who do you want to see? Who are you most excited for?

Wow! Young Impa is how I envisioned her to be. I would like that Impa to be in Smash.
There's only one true way to know if it's actually impa or paya

Here's a galaxy brain idea: With the idea of new characters, or old characters visited in the past with a younger face, I wonder f there's any chance this game will give us the first real taste of BotW Ganondorf, with a design matching the games, as a direct tie in and teaser for BotW 2.

Arcadenik said:
Wow! Young Impa is how I envisioned her to be. I would like that Impa to be in Smash.
Click to expand...

Agreed, blue ninja magic is wicked. If i wasn't all that hyped at first, i definitely am now.
the impa thread is full of hype atm
I love the idea of having a canonical HW which features characters of both the past and present while fighting against the greatest threat to face Hyrule....

But I do miss the massive crossover experience that was the original HW. I hope they still retain that aspect in some shape or form. I really want to see characters like Vaati, Four Swords Link, Happy Mask Salesman, Yeti, Saria, Nabooru, and Link’s Uncle.
Shouldn't we have the reveal of a new character today?

Venus of the Desert Bloom said:
I love the idea of having a canonical HW which features characters of both the past and present while fighting against the greatest threat to face Hyrule....

But I do miss the massive crossover experience that was the original HW. I hope they still retain that aspect in some shape or form. I really want to see characters like Vaati, Four Swords Link, Happy Mask Salesman, Yeti, Saria, Nabooru, and Link’s Uncle.
Click to expand...

I haven't played any classic Dynasty Warriors games, but I heard people saying it's common in Warriors games to bring all the classic characters for subsequent sequels. If that's true it honestly wouldn't surprise me if a real non-canon Hyrule Warriors 2 had all the HW1 characters, some new characters, + whoever we're getting in Age of Calamity, meaning at least the champions and Impa.

Plus, I have a feeling this game won't be too lacking in characters. I don't think the roster will be as big as HW1 after all it's DLC, but I'm skeptical that 7 characters is all we're getting. I think the possibility of OC characters from BotW Hyrule's past are possible, as are other character we know existed 100 years ago, but who haven't seen them young and/or fighting. And frankly I think people are sleeping on the idea of King Roan being playable. His design is really cool and giving him a final stand to protect his people or his castle from evil would be freaking awesome.

link2702 said:
There's only one true way to know if it's actually impa or paya