I've been playing k rool since the game launched and am loving the character, but as soon as I step online I get crushed by combos after combos. I realize he's a heavy and this is part of the heavy main life but seriously, how do you possibly win against this. And tips, ideas, playstyles, or anything. How, just how, do I get around these combo heavy characters.

How do you get around all of the combos online as king k rool? I get hes a heavy and will have this problem but I just keep getting juggled into another dimension.
T

Nair's super armor is super helpful. Also downair can be used in some match ups. Then their is all of the character agnostic stuff like DI away air dodging, conserving jumps etc.
D

Krool is big and slow, thus it’s basically combo food. The trick is not getting comboed, so you have to improve your neutral game and approaches. You should bait more and get baited less. Neutral game is character agnostic as some other stuff you have to learn, as somebody has pointed out already. Learn krool pros and cons and try to use them at your advantage. Also, try to roll less and be less predictable while learning opponent’s habits and punish them (for example, if an opponent always rolls when at the edge you can punish that with a smash).

I.e., nair is a good approach as it has super armor and can lead to decent followup. Try to be aggressive offstage with it too, i.e., nair into nair or fair. Fox trot can be extremely useful to bait attacks, let the opponent fail and grab them, down throw + up air at 0% is free, until 130-140% down throw to up tilt works, then down throw to down smash is a kill confirm at higher percentages. Spam a lot, but spam wisely, krool is slow while shooting or throwing the krown and they let you open to attacks.
Last edited: Dec 30, 2018 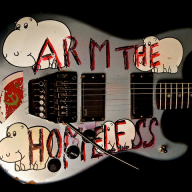 N-Air really is your best friend. Even if you take a crack for throwing it out, it lasts so long, has such a huge range, and comes out so fast that most opponents will still be caught off guard. It's probably his ultimate "get off me" move.
You must log in or register to reply here.
Share:
Facebook Twitter Reddit WhatsApp Email Link
Top Bottom