How to kill with sheik 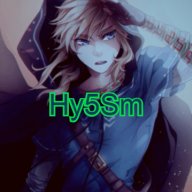 Hi everyone, Sheik players or someone here I'm here to talk about what are the most optimal ways to kill with sheik.
I will only mention the kill options so yeah let's go!.

Bthrow and fthrow --> uair can work as DI mix ups and i believe are guaranteed compared to the dthrow uair 50/50 if you do catch the DI
You must log in or register to reply here.
Share: Facebook Twitter Reddit WhatsApp Email Link
Top