How to cancel fox airs. 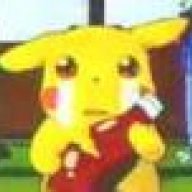 Knight of the wind Ethil

Ive been searching all over for info on how to remove the lag from his landing after airs. Any info would be of gret help. 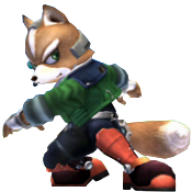 I am assuming you mean how to auto-cancel his aerials.

Form a short hop, the following moves you can auto-cancel are:
Fair
Bair
Uair

As for how to auto-cancel them...just make sure you input the aerial fast enough (out of a short hop) so that if finishes before you touch the ground again.

Bair is the easiest to autocancel. The timing is very lenient for this aerial. In fact, assuming the opponent is tall enough, there is sometimes a benefit to performing the aerial later (with it still autocanceling) than to perform it immediately out of a short hop.

Fair is a bit more tricky. If you're new to fox, this might need to be practiced. Personally, I have tap jump off and I just slide my thumb from Y>A quickly. It's still possible to do with tap jump on though. Performing this auto-cancel out of a short hop gives an interesting horizontal boost.

Uair is the hardest. If you don't do it fast enough, you'll land with lag. But if you do it too fast (like the speed of auto-canceling Fair) you input a jump canceled Upsmash. If you know how to do this consistently, you can really benefit from it. However, if you are new to fox, I wouldn't stress myself out too much learning how to auto-cancel this aerial.

"Aerials that can be short-hopped without landing cool-down:
- Uair: It has to be performed as soon as Fox leaves the ground, after the jump can be canceled into Usmash. Performed too late, there's landing cool-down.
- Bair: It has to end/be performed early enough before falling, no fast-fall. Hardest one depending on the target (smaller targets are harder).
- Fair: The easiest one. Buffering the fair and not fast-falling results in no landing cool-down. Hit-boxes run out before Fox reaches the ground though, so this is still punishable."

All in all practice makes perfect. I think there might be a youtube video involving the Fair auto-cancel, but I can't remember.