How does your character do on Battlefield? 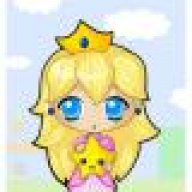 We've seen a lot of tier lists and matchup charts ever since competitive Smash became a thing. Even though everyone understands that stage choice plays a big role into the matchup, we rarely see exactly how matchups change according to what stages are picked. So I'm working on something to answer that question. What is your character's matchup spread (against the top tiers) on Battlefield ONLY?

Because this is a trial run (and for the sake of my sanity when compiling the data), I'm only including characters that are considered viable. The character choices were made by asking various notable players in my scene (Ontario) who they considered viable. Each of them used their own criteria (ex. Can this character win a tournament as a solo main, etc.). Ultimately, who is in the list and who is not isn't important. I'll eventually spread this to the whole cast and the rest of the stages. But for now, we're sticking to just top tiers and just Battlefield.

TL;DR - I want to know your character's matchup spread for battlefield ONLY. Fill out the form to contribute.