How do I get past characters countering my recovery at ledge?

Characters like Joker, Lucina, Marth, or any character with a counter can counter Ike’s recovery at ledge
Any recommendations on how I can get past them? I feel like the obvious answer is recovering high, but if anyone has any other suggestions on what to do, I’ll be glad to hear them 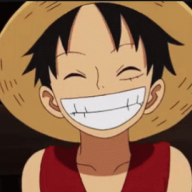 To my knowledge, It's really difficult to get around such a thing unless you really alter the amount of time you take to recover to mix-up the opponents edge-guard timing. Aether is probably the worst option you have to recover with so if possible avoid using it at all costs. I'd recommend getting to a spot where you could directional dodge to the stage, that and his Side-b are your most dependable options(Save your double jump!). Recovering high is probably your best bet, if you have platforms then you could try timing your side-b to land on those(Try not to make it too obvious though). It takes some practice.

Also some good players know how to counter his side-b as well, this is why you should definitely try aiming for the ledge, there's a little pocket there that will allow you to grab the ledge without touching the counter, unless those guys are 2 steps ahead and jump off the stage maybe. Either way, there are some things that can't really be helped when you're offstage with Ike. Best of luck! 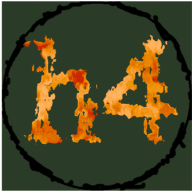 By "recovery" I assume you meant QD right? Calling aether a recovery is pretty generous

If you sweetspot QD to the ledge, you won't trigger the hitbox, so someone standing on stage won't hit you with a counter. You can also QD short--so you enter freefall before you get the ledge, but then snap ledge because of your forward momentum. This will avoid any hitbox at all, so even if your opponent jumps down to counter you, you won't hit them. Then it becomes a bit of a 50-50 because if they know you will QD short, they can charge an attack at the ledge and punish you for having no hitbox.

In any case, save your jump and try to recover high. Try to aim for a platform around the autocancel height, but depending on teh opponent's position you can sometimes get away with a really high release and freefall to the opposite side of the stage. Even if you get hit, since you still have your jump and are now high/over the center of the stage, you should be fine to drift back and jump/airdodge back to stage.

If you have to use aether, you should consider your stock forfeit. A good player of any character (counter or not) should be able to end Ike's stock at 0% if Ike has to use aether. That said, even the best make mistakes, and if someone fails to punish aether, they eat a lot of damage. Counter is a virtually risk free way to punish aether, but you can mix it up by:

1. recovering early, so your super armor takes the counter and you hit them on the way down
2. trying to sweetspot the ledge. Depending on the character you may be able to recover low enough to avoid the counter hitbox
3. recover in reverse. This can sometimes throw off the player's timing so they get hit by aether on the way down, or if you do get hit, you will be launched toward the center of the stage.

All in all, counter is a virtually risk-free way to punish aether, but there are some mixups available. If you watch a high level Ike ditto you'll probably see them using Dair instead of counter, because there is no way to mixup aether to avoid a spike.
You must log in or register to reply here.
Share:
Facebook Twitter Reddit WhatsApp Email Link
Top Bottom